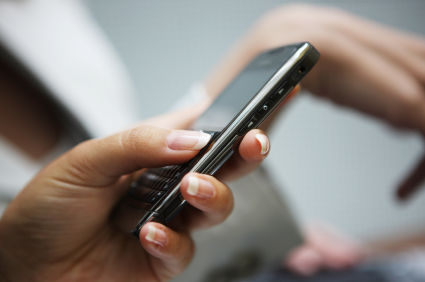 By many measures, Canadians lead the world in online engagement. In the end, however, even we still favour face time over tech time.

More than two-thirds of Canadian employees prefer talking in person to their colleagues rather than via technology, according to a Workmonitor survey from Randstad Canada. The staffing, recruitment, and human resources services company’s study found that thee-quarters of Canadians detest when colleagues fiddle with their phone during a meeting, suggesting that technology, while ubiquitous, is far from appropriate in all situations.

But, for the most part, etiquette seems to be followed. Only 16% of Canadians claim to be guilty of checking their device during in-person meetings at work.

“Smartphones can have a very appropriate place during a meeting or business setting, especially if using it serves to facilitate or enhance the speed of business,” said Stacy Parker, executive vice-resident of marketing for Randstad Canada. “On the other hand, it can feel like a slight when you are meeting with someone, just to have them pull out their phone and read a text message while you’re in conversation.”

MORE PERFORM: How to Best Prepare for a Job Interview

42% of Canadian employees carve out times in their day when they ignore the buzzes and beeps of their mobile phones. However, the same amount of Canadian workers feel guilty about not responding immediately to calls and emails.

With nearly half of Canadian employees possessing their own smartphone, and just 13% have a device provided by an employer, the lines between work and personal time are blurring more than ever: 46% of Canadian workers handle private matters during working hours, while 51% handle work during private time.

Almost one-third of Canadian employees’ bosses expect them to available to work “at all times.” Nearly half of Canadian workers work while on holidays.