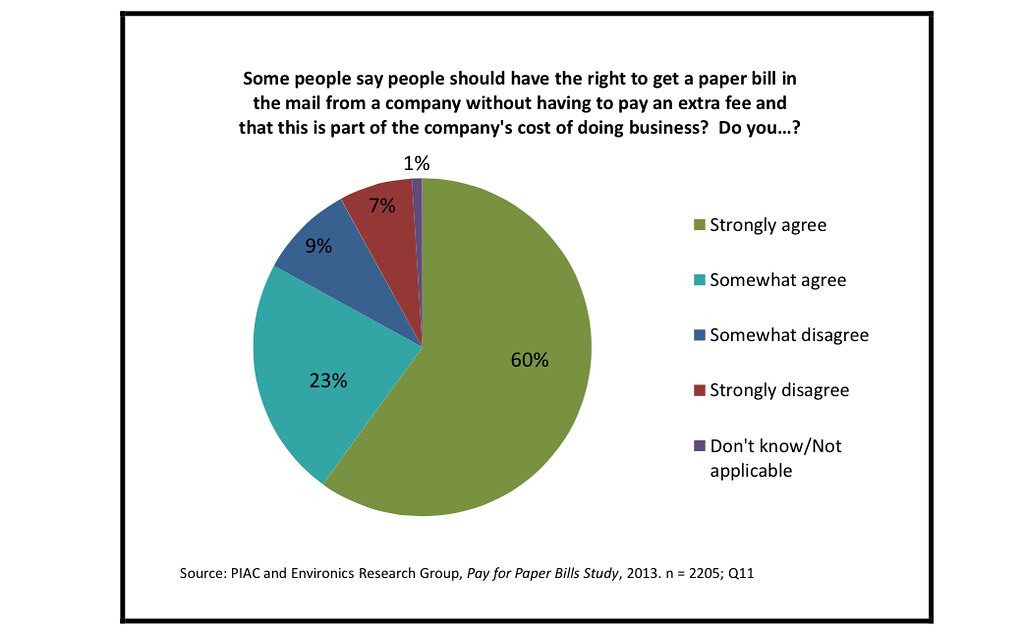 Redefining the word “absurd” are the results of a new report from the Public Interest Advocacy Centre, which estimates that Canadians are paying between $495 and $734 million annually in fees for monthly bills and statements in paper formats to the banking and communications services industries.

The report, entitled “How to Pay the Piper: A Primer on Additional Charges to Consumers in Canada for Paper Billing,” recommends the elimination of fees for paper billing—something the Government of Canada has committed twice in the past year.

“Most Canadians believe supplying a paper bill in the mail without having to pay an extra fee is part of the company’s cost of doing business,” Jonathan Bishop, PIAC’s Research Analyst and author of the report, says. No shit, eh?

The report suggests the application of logic and fairness: instead of charging an arm and a leg to get bills in the same way we have been for decades, why not offer incentives for switching to digital alternatives?

The report estimated Canadian consumers without internet access have spent between $77 and $102 million on paper bill fees annually. “That these funds are being collected from those who can least afford it is deeply concerning,” noted Bishop.