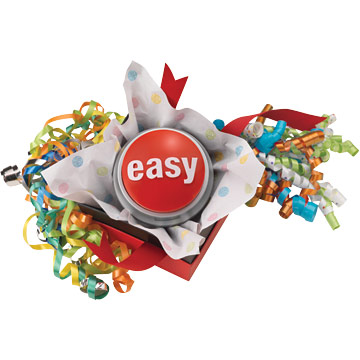 There may be joy in giving, but it also tends to come with a whole lot of stress.

According to a recent national survey commissioned by Staples Canada, two out of three shoppers say that finding gifts for everyone on their list is stressful, while almost nine in 10 encounter at least one person who seems “ungiftable.”

“The holiday season can be a stressful time for many,” says Steve Matyas, president at Staples Canada.

On average, winter holiday shoppers have four difficult gift receivers on their lists; this typically includes significant others (59 per cent), children (57 per cent), mothers (56 per cent) and fathers (42 per cent).

Fifty per cent of gift givers find it difficult to buy gifts because they run out of ideas. Which is perhaps why roughly two thirds of gift givers are likely to buy gift cards this holiday season. One in five holiday shoppers will spend $1,000 or more on gifts this season, accorsing to the survey.