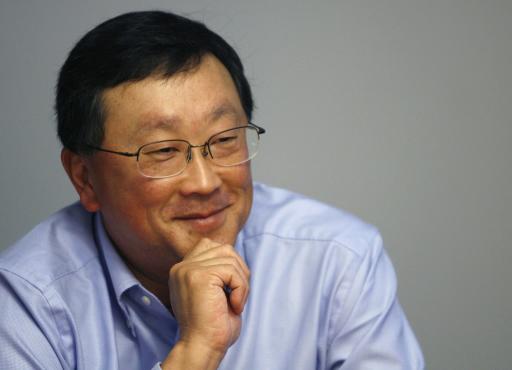 John Chen quietly dropped “interim” from his title as chief executive officer of BlackBerry over the weekend.

Chen, who is also chairman of the company, has apparently taken over the role of CEO on a permanent basis. According to a spokesperson for the company, Chen originally planned on seeking a permanent CEO quickly but has now decided to remain chief executive of BlackBerry until the smartphone maker is “back on solid financial footing,” noting that the company has stopped its search indefinitely.

Chen hails from Sybase, where he was credited with a significant long-term turnaround of the company. He replaced Thorsten Heins, who was fired last year after failing to improve BlackBerry’s position in the market after taking over the reins from founder Mike Lazaridis and his co-CEO, Jim Balsillie.