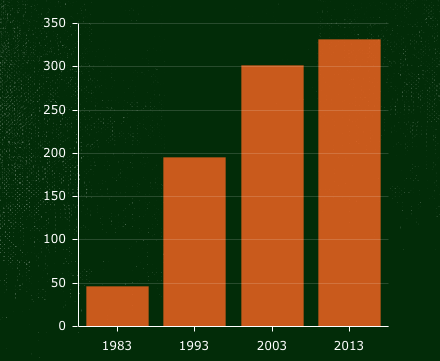 The pay gap between regular employees and chief executives continues to widen.

According to a report released recently by the AFL-CIO, a federation of trade unions, CEOs of companies in the Standard & Poor’s 500-stock index earned an average of nearly $12 million in 2013, compared with barely $35,000 for the average production and nonsupervisory worker.

According to the report, many chief executives in North America earn up to $20,000 per hour based on standard working days, with top earners raking in more than $30,000 (average worker pay in the US is less than $17 per hour). To showcase this disparity, the report highlights the fact that a minimum wage employee would need to work nearly 1,400 hours—or more than eight months full-time—to match what Michael Duke, the CEO of Walmart, earns before he even finishes eating his breakfast.