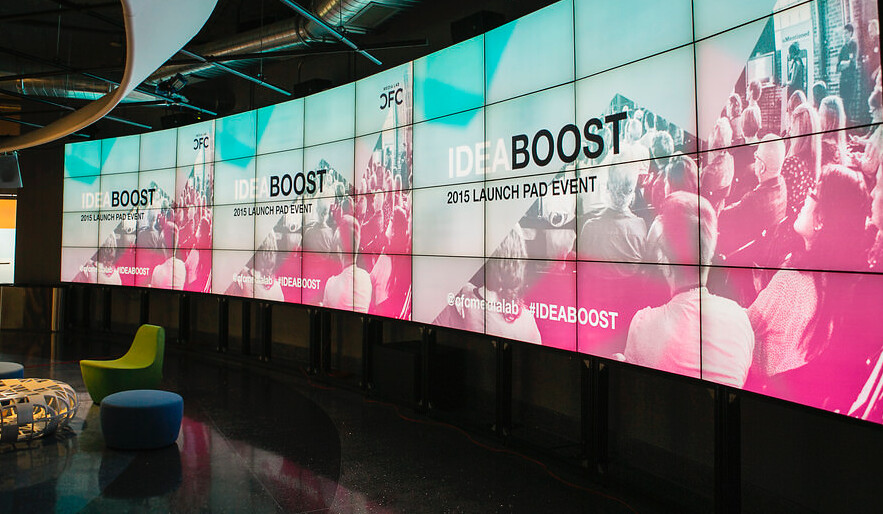 CFC Ideaboost, Canada’s only accelerator dedicated to startups looking to disrupt the digital entertainment sector, this week celebrated the graduation of its fourth cohort.

At the Corus Entertainment building overlooking the waterfront, hundreds of people gathered to watch pitches from the startups and enjoy a look at drones from Perceptiv Labs, whose SHIFT technology makes it easier for filmmakers to use their drones to capture the perfect shot.

“There aren’t many of them,” says Ana Serrano, chief digital officer of CFC Media Labs, about the lack of digital entertainment accelerators across the world. “But there’s a growth now, especially with augmented reality, and there’s going to be a whole growth of tech emerging that’s going to target the global entertainment market.”

As Nora Young, host of CBC Spark, acted as the host for the night, the four startups in the cohort pitched their startups. Damien Veran, president and co-founder of SlimCut Media, a company dedicated to online publishers, helps them monetize their content with software like SplitBox, an in-content video ad that opens up in the article as the reader scrolls down the page, pauses when users can’t see 50 per cent or more of the ad, and vanishes at the end of the advertisement.

“We read newspapers and magazines, but the issue for these publishers is that a lot of their content is based on written content or pictures, making it hard to insert video within it,” Veran says. “We have created this technology to deploy video advertising within any content completely automatically.”

Anthony Shannon, CEO and founder of Tunestars, definitely presented one of the most interactive pitches as he presented the ways in which his app could change the way fans interact with their favourite artists. By following on artist on TuneStars, fans get access to all of their social media accounts rather than going through several on different apps and browsers, and can listen to their music via free channels like YouTube. It also makes it easier for artists to keep track of fan activity.

Two other startups that presented, MBlok and Changio, were dedicated to making the lives of consumers and business owners easier; MBlok, a small, 256 GB device that allows you to connect up to seven devices to store your files using Bluetooth, instead of relying on an Internet connection for access. Changio is an app that lets you earn points from stores that consumers shop at – by checking in at a mall, scanning a barcode or buying a product, they can earn points for rewards like gift cards and passes to events.