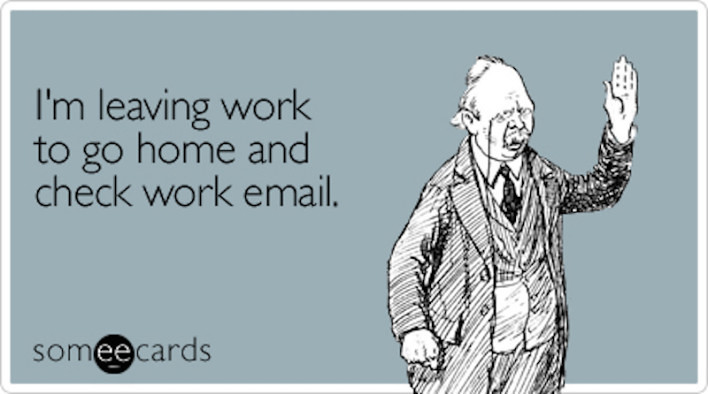 Deep down, you already knew this. But now you have a study to share with doubters: dealing with work emails outside of work ruins your personal life.

According to the results of a study conducted by researchers The University of Texas at Arlington, people become angry when receiving work-related communications after leaving the office.

“People who were part of the study reported they became angry when they received a work email or text after they had gone home and that communication was negatively worded or required a lot of the person’s time,” Marcus Butts, Ph.D., an associate professor in the College of Business at the University of Texas at Arlington and lead author of the study, told PsychCentral.

The study, published in the Academy of Management Journal, breaks workers down into two types: segmentors and integrators. Segmentors, determined to keep work and personal lives separate, are the most negatively impacted by work emails outside the office. Integrators, meanwhile, want to keep tabs on work outside the office—but even though afterhours communications don’t interfere with their personal lives, receiving work emails post-work still makes them feel angry, according to the researchers.

The study recommends that businesses consider implementing boundaries on when worker should send electronic correspondence, among other suggestions.

“The key is to develop your own appropriate communications rhythm within your department,” Butts told PsychCentral.