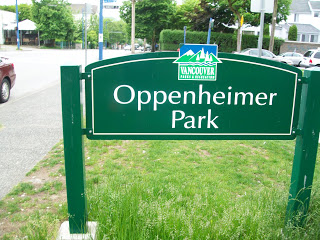 What happens when you organize an illegal tent city in a park?

You’re given a free phone.

The City of Vancouver gave protest organizer Brody Williams a BlackBerry this week, despite his tent city in Oppenheimer Park being against the law. A spokesperson told Global News BC that it was to make communication easier between the tent city and authorities, adding that there was no additional cost to taxpayers to do so.

The tent city, which was erected in mid-July by homeless people, can be taken down should the city and parks board choose to enforce Vancouver’s “no camping in public parks” bylaw. However, Williams argues that the park is unceded territory and on native land.