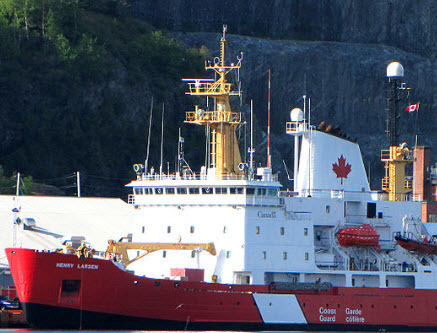 Implementation, however, may be a ways off.  Ottawa has issued a tender for designs that would incorporate fuel cells into the power supply of the ships, allowing for low-emission running.

The ships would be built in Vancouver by Seaspan Marine Corp, as part of the $8 billion shipbuilding contract to build seven ships, awarded this time last year. Two of the ships will be used in the Atlantic coast, the three replacing four current aging science vessels.

While the ships would not be completely fuel cell-powered, the addition of hybrid technology would be a boon for the lengthy excursions these ships often take. Other benefits are lower emissions and reduced noise.

The government tender allots $332,000 for studying the viability of integrating the technology into the ships—a relative pittance of the $33 billion the government plan to eventually spend on the national shipbuilding procurement plan.  According to the CTV News, Ottawa plans to award the tender to Alion Science and Technology Canada, based in Ontario.

While the ships are slated to be built in 2013, it may be difficult to deliver on the technology, as the tender of $332,000 won’t go very far.  In an interview with CTV, Zuomin Dong, a Professor of Mechanical Engineering with the University of Victoria stated that the government may need to commit millions to see any real impact, believing viable fuel cells to cost more than $6 million each.