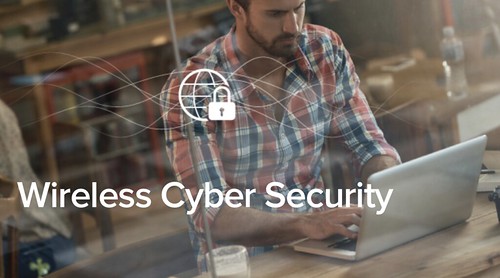 “This technology will help businesses, organizations and consumers protect their data and devices from hackers who would take advantage of weak wireless security or set up dummy networks to snoop and steal private information,” said Taj Manku, Cognitive’s co-founder.

“While the technology behind amera is complex, it communicates information to users in an understandable form through a sleek sensor unit and applications that can be accessed via their smartphones or computers,” Manku added.

“The R10 chip functions like the human eye, only it can see invisible wireless signals that people cannot,” said Manku. “And the chip is much faster. It can respond to and report on signals in one-millionth of a second.”

The potential applications for the amera platform are limitless, according to Cognitive.

“The vision that drove amera and the R10 chip was to build a platform that empowers people by giving them more information about their wireless environment,” said Hugh Hind, CEO of Cognitive. “Now we want to enable people with innovative visions to explore other beneficial uses of the platform. The opportunities are only as limited as our imaginations.”