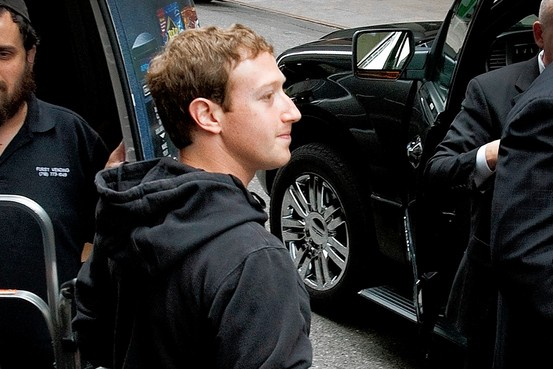 I am getting sick to death of college dropouts becoming billionaires.

It’s not that I really begrudge Facebook’s Mark Zuckerberg and his brethren their riches, but the rare overnight success stories of Instagram, WhatsApp, and others are creating the impression that there’s only one path to entrepreneurship.

Based on how they are portrayed in movies and other forms of popular culture, the “origin” story of todays’ innovators has become almost rote: be “rebellious” by ditching school, starting a company in your garage and proving to the world your long-shot idea will change it for the better.

Instead, here’s what a truly countercultural approach to founding a startup would look like: work within, not against, the educational system that’s open to you. Take advantage of being around other bright minds, state-of-the-art facilities and established programs to help turn ideas into products, services or companies. Instead of merely graduating with a degree, graduate with IP (intellectual property). Use the credibility associated with your alma mater to open doors to potential partners and customers.

In Canada particularly, we need a post-secondary answer to the Steve Jobs stereotype. Look at rankings from the World Economic Forum and the Conference Board of Canada, for example, which have shown the country dropping precipitously in global rankings on innovation. Canada has long been perceived as slow to adopt new technologies, but coupled with that is an ongoing failure to capitalize on the breakthrough research that’s happening in major educational institutions across the country. This is why I got involved with CommerceLab, a unique project that could facilitate a new dialogue between academics and the commercial sector.

CommerceLab has been telling the stories of how researchers in areas like user experience (UX) design, gamification and interactive display are making their way to market. In some cases the researchers may launch their own startup. In other cases, they could license their IP to those who would take it to the next level. Finally, a big part of commercialization is showing Canadian businesses how their peers are adopting these technologies and turning them into competitive advantage.

Backed by an advisory board composed of people who demonstrate leadership in each of these target areas, CommerceLab is now trying to get more people aware of Canada’s commercialization deficit and create an action plan to help boost innovation on a national scale. This won’t happen overnight, obviously, and it will require a major shift in thinking.

You could argue that Canada has already developed a healthy culture of entrepreneurialism based on all the startup activity happening in some of its major centres. What will sustain that momentum is an equally strong tradition of commercialization—paying attention to what’s happening in the labs, identifying the market opportunities and working collaboratively and supportively to get more of this IP off the ground.

Not many startup founders will wind up a billionaire, but hidden in plain sight are nearly as many good ideas to help them try.