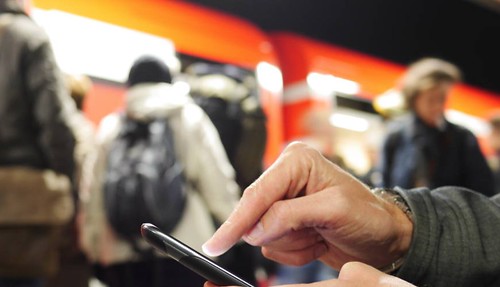 “Commuter Commerce,” a shopping behaviour where people shop from their mobile phones while on public transport, is fast becoming a new retail trend in Canada.

A new benchmark study from PayPal Canada and Ipsos reveals that 14 per cent of mobile connected commuters shop while in transit, and three in four Canadians (76%) would consider buying a wide-range of products if mobile shopping options were easily available.

Those engaged in commuter commerce spend an average of $529 per month per person buying a range of items from movie tickets to clothing, shoes and accessories. With 4G LTE cellphone connectivity on buses, streetcars and above ground trains, and more wifi options on public transport, PayPal Canada predicts that commuter commerce is poised for growth over the 2015 year-end holiday season and beyond.

RELATED: The Next Generation of Entrepreneurs will Start on Mobile

The future of commuter commerce is bright. Seven out of ten (71%) connected commuters agree that they would like to browse their favourite stores on their phones during their commute, while almost the same number (69%) agree that they would like to shop securely while commuting because it is a big time saver. Given the spread between current commuter commerce users and those receptive to it, the proportion of active commuter commerce users could increase five-fold if mobile shopping options while commuting were easily available.

When asked, what is holding them back from shopping while commuting, nearly half (45%) of connected commuters said poor or limited cellphone reception and the lack of wifi on public transport were major deterrents. Others said they were worried about security or sharing their credit card details.

Of those who use public transit regularly (21%), nearly half (45%) commute between 30 and 60 minutes a day and one third (33%) commute for more than one hour, leaving them with lots of time to shop online as two thirds (69%) of transit commuters are connected on their phone while commuting.