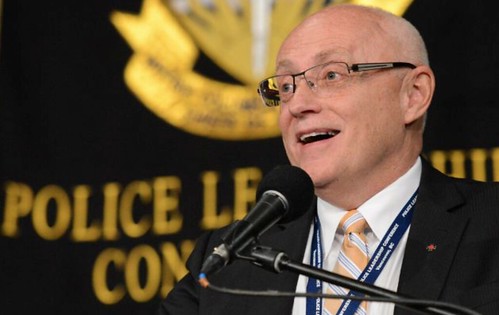 Experts are concerned by a proposal put forward by the Canadian Association of Chiefs of Police that could make it easier for police to access Canadians’ online records without a warrant.

The police proposal flies in the face of a landmark pro-privacy ruling by the Supreme Court of Canada last year.

This week it was reported that police want expedited warrantless access to Canadians’ private Internet subscriber data, proposing three different options that would see them receive information about any Canadian from their telecommunications companies without judicial oversight or accountability.

This proposal contradicts the privacy priorities identified by Canadians for legislators.

“What police chiefs are calling for here amounts to nothing more than a license for online spying – and we haven’t seen any evidence they even need these powers. Their proposals fail to recognize the independent, effective oversight required to ensure the system is not abused, and that Canadians’ privacy is respected,” said Laura Tribe, Digital Rights Specialist at Vancouver’s OpenMedia.

In the June 2014 R. v. Spencer ruling, the Supreme Court of Canada ruled that police must obtain a warrant to access Internet subscriber information–a practice that previously only required a form to be filled out–and telecommunications companies would provide the data.  Since the Spencer decision, requests to telecoms providers have decreased substantially, indicating that there was overuse of the previous system — something that privacy advocates fear will return we remove judicial oversight.