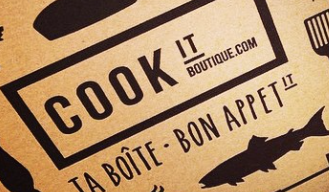 When you look at the bets being placed around the world, you quickly see a pattern emerging: venture capitalists are placing their faith in those looking to tackle some of the world’s most intractable and impactful problems.

A generation of urbanization has not only brought a summer of hope: it has also brought an August of discontents. Urban life comes with all of the problems you’d normally associate with grouping together a large concentration of people.

They have to be fed.

It was perhaps inevitable that startups would coalesce around food delivery. In the great dot-com boom, some of the first concepts that evolved were those that sought to deliver groceries straight to the home.

The first iterations may have failed, but the problems have still remained. People crave a good meal rapidly.

As a new wave of startups seek to conquer this problem, a host have emerged from Canada. Montreal’s Freshmint cooks fresh food and delivers it directly to customers. Vancouver’s Spoon allows you to order food delivery via text message. Lazymeal, also based in Vancouver, helps make food delivery choices simple by employing a filtering algorithm that helps determine the best places to order from.

Despite all of this innovation, or perhaps because of it, there is always space for more movers in the space, companies and founders with different perspectives and experiences trying to solve the problem of bad food availability.

It is now time for Montreal’s COOK IT to work on getting food to the right people at the right time. The startup delivers kits of fresh ingredients and the recipes associated with them, curating the thoughts and materials needed to create great, quality meals otherwise associated with world-class chefs. All that remains after receiving a COOK IT kit is the creative act of cooking itself: everything is assembled together for you to be able to follow in the footsteps of world-class restaurateurs.

The website menu offers a variety of glossy high-end selections, from salmon tartare to ratatouille. Each recipe comes with the approximate time it takes to prepare it, a precise list of ingredients, and handy for the novice chef, the level of difficulty involved with getting everything together.

The concept of COOK IT is interesting, but the story about it might be even better. The startup launched with a lot of wind behind its sails, with a couple thousand Facebook fans, and coverage in several media outlets. Then it stalled: two days after launch, the site had only made five sales, and one of the sales was to the team itself!

The team rallied by calling an all-hands emergency meeting of experts in e-commerce. They were wise enough to realize that they needed help, and the Montreal startup community was generous enough to provide it.

After burning through almost all of the money invested a few months after this meeting, they had to learn how to do everything themselves instead of relying on partners. They quickly learned how to do gorgeous photography shots of the finished recipes they were curating, learning to bootstrap on the run. When further financing finally happened for the team, they had survived by doing things on their own.

It was a fitting story for a startup that enables others to create on their own, emblematic of the unique approach COOK IT has taken to solve a problem that has always plagued urban settings.

Getting good food, at a good price, in good time—this is something everybody in a city struggles with. Canada has seen a raft of startups come up with their own unique way to tackle this issue: COOK IT wants you to unleash your creative spark, and cook your solution. They’ll do the rest.