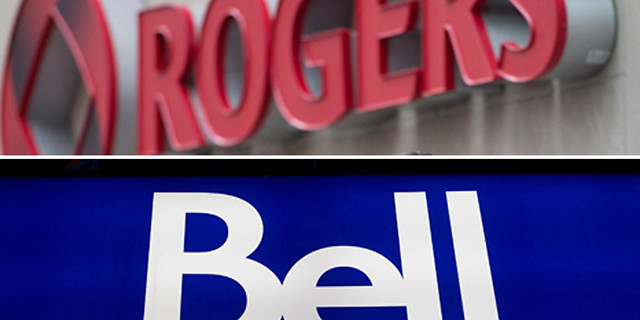 When Rogers revealed its streaming hockey package in early September it came with a catch, in order to watch the 1,000-plus games online customers had to have a traditional cable or satellite subscription.

But that’s not the only one. In order to get all the new features, it wasn’t good enough for customers to just buy the $199 GameCentre Live streaming package. They needed something more: a subscription to Rogers mobile data, home internet, or cable TV.

Those customers get access to a second app, Game Plus, which allows them to watch replays from additional camera angles.  It’s a move that seems designed to incentivize hockey fans to switch some of their other services to Rogers.

That’s at least the way Bell sees it.

“GamePlus is being offered on an otherwise preferential basis to Rogers’ mobile and retail Internet access subscribers. This gives an advantage to Rogers’ own wireless and Internet distribution businesses. That is precisely why Rogers is doing it,” Bell says in a complaint to the CRTC, according to journalist and blogger Steve Faguy. “Consumers who are not Rogers customers will be harmed as a result of being blocked from accessing this content.”

While the complaint was filed in mid-October the broadcast regulator didn’t release it until last week.

At issue is how closely the app is related to TV broadcasts. The CRTC doesn’t allow streaming services to restrict access to based on a customers internet service provider if that content is “designed primarily for television.”

But Rogers says the app is a different thing than the hockey games it shows on TV.

“These user enabled camera angles were designed primarily for the Internet — we wouldn’t have developed them solely for broadcast use,” a company spokesperson told the Canadian Press.

The ruling will be a technical one, CRTC regulations are dense and highly specific.

But it will also send a signal about whether the federal agency will try to regulate Canadian streaming providers more closely than those based in the United States.

The CRTC has struggled with regulating the internet and as more and more television-replacing offerings appear it’s getting more and more difficult. One of the regulator’s approaches has been to create exceptions to the rules traditional TV faces when it comes to online streaming.

Those exceptions were on display last month when Netflix and Google were called before the Commission.

Both companies insisted they had showed up voluntarily and were not subject to CRTC regulations. Both companies also refused to share data about their Canadian users with the commission.

While it threatened regulatory action, the CRTC ultimately decided to remove Google and Netflix’s submissions from its final report.

By challenging the Commission’s authority over online video services, Netflix and Google have raised doubts about the future of the CRTC as a broadcast regulator over the fastest-growing part of the market — the Internet,” Michael Geist, Canada research chair in Internet and E-commerce Law at the University of Ottawa, wrote in the Toronto Star. “For companies such as Netflix and Google, the fear is that basic disclosures could eventually expand to promotional mandates, Canadian content requirements and mandatory financial contributions.”

It’s a battle that the CRTC seems likely to lose. The federal government has said it won’t support any plan to make Netflix and other streaming providers pay fees to support the creation of Canadian content – something traditional cable companies are required to do.

“The CRTC’s New Media Exemption Order is a policy decision in which it has convinced itself that it can regulate content on the Internet but simply chooses not to do so,” Faguy writes on his blog. “And while it can control the online activities of companies it already regulates like Bell and Shaw, it can’t control Google, Apple and Netflix without prompting a war that might just end in those companies abandoning our country.”