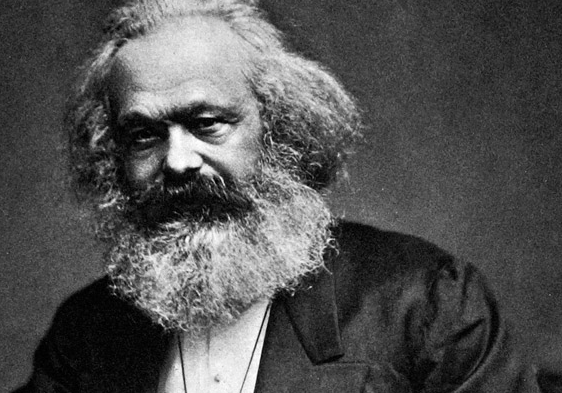 In 1776 the pioneer of political economy Adam Smith theorized that dividing labour could maximize efficiency within a pin factory. One man draws out the wire, another straights it, a third cuts it and a fourth points it, argued the Scotsman. Accordingly, output would increase dramatically.

The Industrial age took the example as its efficiency ethos, and the beginnings of modern business process were born.

Karl Marx saw it differently. He said one needs to create entirely any product they make, and think about its meaning. As a result, one cares more.

Smith may have been right in the industrial economy, argues best-selling author Dan Ariely, but in today’s knowledge economy Marx’s notion of meaning trumps all else in the pursuit of motivation.

Motivation. That thing that CEOs will routinely pay employees more money for, and do.

Ariely, an eminent professor of behavioural economics argued that meaning is more important than efficiency. Earning more money doesn’t equal more motivation, but effort, attention, pride and how connected one feels to a product does.

It leads to the question of whether paying an employee more money leads to more of a desired effect for a company.

But historically, we don’t think like that. Rather, we go against what seems to be right and we pay someone more money to put his or her head down and do something. Bonuses, commission, and raises will lead to greater work in the free market economy, right?

Startup CEOs should take a step back before writing that cheque. Here’s why.

Throughout Ariely’s research, he’s implicated that motivation is swayed less by money and more through a personal connection.

He asked people to build Lego for money, paying them a lesser amount for every successive Lego creation. If the researcher dissembled old Lego creations in front of people, they built significantly less pieces after. But subjects who were told that the pieces would perish after they left ended up building more.

Interestingly, people could predict the outcome but they far underestimated its magnitude. Even if they loved Lego, their motivation was crushed, literally and figuratively.

If simple research subjects overlooked this, even CEOs of the largest, most successful software companies can too. In fact, the CEO of a large software company in Seattle actually brought Ariely in to speak to 200 dejected engineers after he made a company-wide decision to scrap a huge project two years in the making.

For Ariely, this could have been avoided if more time, energy and effort was spent caring about what employees are doing. This time it wasn’t Lego that was crushed.

Ariely paid people less and less every time they completed the same writing exercise. Those who saw their work shredded in front of them were far less willing to do it over again that those who watched a researcher grade their work, even if it meant more money.

Over 40 years of social scientific research leads to the same results over and over again: motivation trumps money. And yet, as bestselling business author Dan Pink explained in his TED talk, this is one of the most robust findings in human motivation. Unsurprisingly, it’s one of the most ignored too.

It’s not even close, said Pink. There exists a mismatch between what research tells us and what business leaders actually practice. Reward and punishment often don’t work, and more often it does harm.

“Authors like Ariely and Pink always make me question the foundations of my decisions and their impact on the end user or the people in our company,” said Rares Crisan, a cofounder of Project Spaces, a group of coworking areas. Over 95 Canadian startups work out of Project Spaces’ two Toronto-based locations. “There’s so much advice out there for entrepreneurs. I think it’s important to deconstruct the founding logic of what you’re being told and not just act based on the success of others.”

Consider the Candle Problem, first invented in 1945 by Gestalt psychologist Karl Duncker. Give someone a box of tacks and a candle, and tell them to position the candle so the wax won’t drip down on the surface. Less people were able to figure it out when offered a reward compared to those who were offered nothing.

But making the task easier led to a much higher success rate for the reward group. Rewards narrow our focus when a goal is in clear sight. That narrowed focus also narrows creativity, argues Pink. Thus, the original Candle Problem required outside-the-box thinking.

So many white-collar workers are constantly dealing with their own unique Candle Problem in their everyday work. But research says money won’t solve it.

Everyone from Ariely to 40 leading economists from the London School of Economics agrees: financial incentives can result in a negative impact on performance.

Yet businesses continue to make decisions based on assumptions that are outdated, unexamined and rooted more in folklore than science, argued Pink.

CEOs should pay people fairly, but not more. The Australian software company Atlassean tells its software engineers a few times a year to take 24 hours off and build whatever they want. Then present what they came up with after 24 hours. It’s called a “Fedex Day,” because people must deliver overnight (they since renamed it ShipIt Day)

Google does something similar with “20 percent time”: engineers can spend 20 percent of their time doing whatever they want.

Take it one step further: a radical notion called “ROWE”: the results only work environment. People don’t have schedules- they just have to get their work done. Meetings are optional and hours are non-existent.

Nearly across the board, work production, engagement and worker satisfaction goes up, said Pink.

Moreover, Microsoft spent millions on its Encarta encyclopedia in the mid 1990s. But ten years later, there’s another encyclopedia that’s far more successful, and this one pays no one. People submit content to Wikipedia because they like to.

Intrinsic motivation, autonomy, mastery and purpose: “These are the building blocks,” said Pink, “of a new way of doing things.”