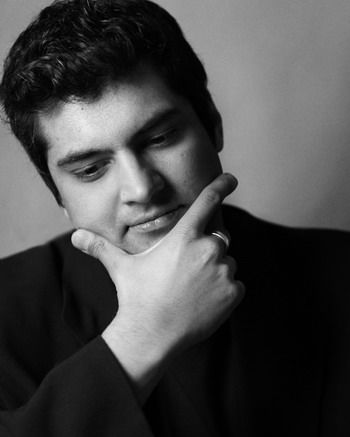 Disgraced Former Cabinet Minister Rahim Jaffer — of “Busty Hookers” notoriety — may have been engaged in attempted industrial espionage, according to allegations court documents obtained by the National Post.

A court document filed by private investigator Derrick Snowdy, whom is being sued by Jaffer’s wife, Helena Guergis, for defamation over reports he made about Guergis’ involvement in the “Busty Hookers” scandal, purports that Jaffer may have used his wife’s connection to obtain sensitive Canadian military technology on behalf of Chinese state-owned defence contractors.

In February of 2010 Jaffer and Chinese-Canadian businessman Hai Shiene Chen travelled to China where they were hosted by Chinese business partners of Chen’s that have connections to Chinese state-owned technology and defence contractors. Snowdy claims that Jaffer used his wife’s office to “assist or procure Jaffer’s visa to enter China,” and further suggests that Jaffer may have traveled using a diplomatic passport given to him as a spouse of a cabinet minister.

Snowdy also notes that Chen and his Chinese associates were apparently “anxious” to befriend Jaffer and Guergis.

When Jaffer returned to Canada he used Guergis to write to David Pierce, then the director of parliamentary affairs to then industry minister Tony Clement with detailed technical questions regarding Vancouver-based space contractor MacDonald Dettwiler and Associates (MDA) Radarsat Constellation satellite project.

Radarsat Constellation is a collection of Canadian earth observation satellites which are used for ecosystem monitoring, and in the case of the Canadian Forces maritime surveillance. These satellites, which were funded by grants from the Canadian Space Agency and Department of National Defence, utilize high-frequency synthetic aperture radar to operate in all weather conditions, and detect even the smallest of vessels. Court documents say Jaffer had a particular interest in MDA’s vessel tracking and identification software employed by the military.

“I know these are very technical questions and I have pretty much copied and pasted their request directly to you,” Jaffer wrote in the email to Pierce.

Jaffer maintains that these inquiries were simply “a few questions on behalf of some constituents who are friends of Helena and I.”

Pierce said that he had spoken with Jaffer, but did not disclose any of the information requested.

These allegations come nearly two years after the director of the Canadian Security and Intelligence Service warned that Chinese operatives were in Canada trying to actively influence and coerce Canadian politicians and people of significance. Richard Fadden, the director of CSIS, warned that once of the goals Chinese intelligence might have is to steal Canadian technology and intellectual property

None of the accusations made by Snowdy have been proven in court.