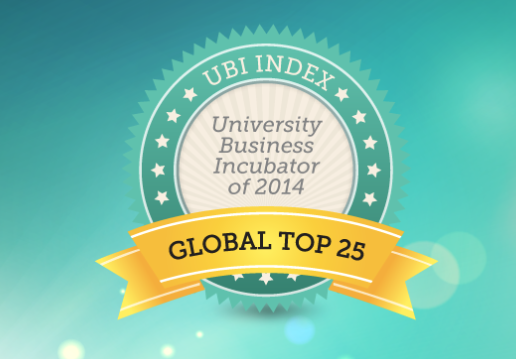 The Digital Media Zone at Ryerson University (DMZ) was ranked fifth by the University Business Incubator (UBI) Index, a Swedish research initiative, up from 25th last year. UBI reviews more than 300 university-affiliated business incubators in 67 countries on an annual basis, using 60 key performance indexes. The DMZ was ranked the highest among Canadian universities.

“The Digital Media Zone is on the leading edge of Ryerson’s campus-wide efforts to foster a global ecosystem that supports innovation,” said Valerie Fox, executive director at the DMZ. “This ranking recognizes our efforts to cultivate a vibrant community and to foster strategic worldwide partnerships that support young entrepreneurs.”

The Digital Media Zone at Ryerson University is Canada’s largest incubator and multidisciplinary co-working space for young entrepreneurs. The DMZ helps emerging leaders to fast-track product launches, grow their companies and reach customers in a supportive community by connecting them with mentors, industry and one another. Since 2010, incubating teams and alumni have raised $24.5M in funding.

“The Digital Media Zone is an exceptional incubator. It generates outstanding economic impact and performs strongly against our global benchmark, especially on economic enhancement indicators,” said Dhruv Bhatli, co-founder, UBI Index. “This signifies that entrepreneurs at the DMZ perform much better than the global average, benefitting from higher growth and survival rates.”

Some DMZ success stories include: