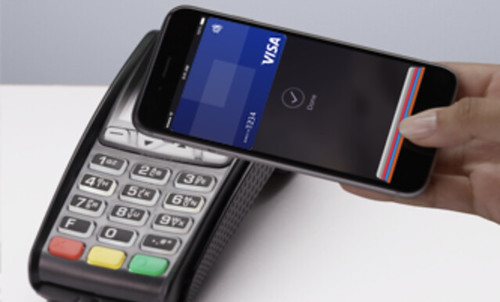 Debit cards and mobile payments picked up the marginal growth, gaining 1% each, according to new research from GfK’s annual FutureBuy study of shopping habits and trends.

“The movement is slow, but steady and will only increase in speed with demographic changes to the population,” said Stephen Popiel, VP, Financial Services, at GfK Canada.

With the recent launch of Apple Pay, there is speculation on how the Canadian market will respond to mobile payments. The new GfK research has found that, while usage share is still relatively low – mobile payments only account for 3% of all transactions in Canada – adoption is slowly growing. The majority of Canadian consumers (63%) reported making at least one mobile transaction per month, up 3% from 2014.

Perceptions about mobile payments also continue to gain ground, with a growing proportion of Canadians seeing them as being “faster” and “easier” than cash; both metrics rose by 3% versus 2014. Canadian consumer confidence in the security offered by mobile payment methods is also trending positively.

Paypal is the most popular mobile payment platform, with a majority (65%) of Canadians reporting they have used it in the past six months; Starbucks is second at 12%.

“What is clear is that there is an appetite for mobile payments in the Canadian market, and the rollout of Apple Pay should help spur demand and frequency of use in the short term,” adds Popiel. “With the entry of other mobile wallet players, the technology will become more widely available across various retail sectors and usage will move beyond the early adopter phase.”