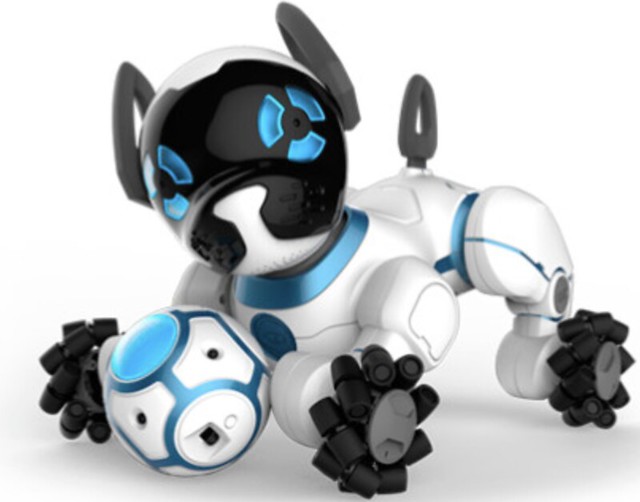 First there were tamagotchis and the like. But what’s the point of having an electronic pet if it’s a struggle just to keep it alive?

Then there were Furbies, furry, allegedly loving, but creepy. Very creepy.

More recently, there have been a few robots that look a little more like dogs but they’ve been slow, lumbering creatures that you can’t exactly play fetch with.

Well, this Indiegogo campaign is looking to fund a robotic dog that can do just that.

Called CHiP, it comes pre-programmed with a whole host of tricks. Its creators say it responds to voice commands and can come, sit and stay when called.

Most importantly of all, it can play fetch using a special sensor-equipped ball. The dog can also be controlled through a wrist-worn device, which doubles as a remote control, or a smartphone app.

The Montreal-based team behind CHiP says the dog can also learn new tricks. As well, users can encourage certain behaviours – shaping the robot’s “personality” – through the use of a “like” button on the wristband.

What sets this robot apart from earlier ones is the fact that rather than walking on legs, CHiP uses wheels.

That means it’s a lot faster and it looks like it will be pretty agile – the dog uses sensors to navigate around obstacles, even ones that are moving.

That certainly could make the robot seem a little more alive.

In addition to doing tricks and playing fetch, the robot has a barking sound and feigns affection in dog-like way.

It’s not the real thing but it does look like just might be the closest anyone’s come so far.