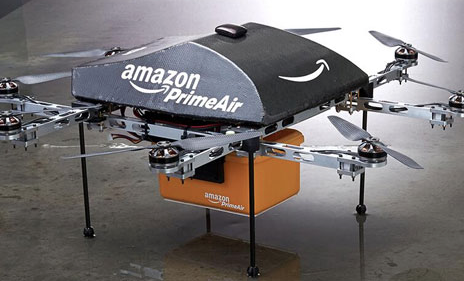 Amazon is testing its drone delivery service in Canada, reports The Guardian.

The retail giant has set up a secret site in BC after experiencing frustration dealing with the US federal government’s restrictions, the paper says. A team of roboticists and aeronautics experts are now operating in the region.

The end goal is to utilise what Amazon sees as a slice of virgin airspace – above 200ft, where most buildings end, and below 500ft, where general aviation begins. Into that aerial slice the company plans to pour highly autonomous drones of less than 55lbs, flying through corridors 10 miles or longer at 50mph and carrying payloads of up to 5lbs that account for 86% of all the company’s packages.

To run these tests, Amazon has allegedly bought a plot of open land, and is apparently extremely close to the US border.

RELATED: Drone Use in Real Estate

Meanwhile, insiders suggest the tension between the US government and Amazon isn’t going to end soon.

The company’s decision to set up camp in Canada, after frustration in its attempts to persuade US regulators to allow it to launch its drones in Washington state, takes Amazon’s quarrel with the federal government to a new level. Last week a senior Amazon executive appeared before a US Senate subcommittee and warned that there would be consequences if federal regulators continued to act as a drag on its ambitions to launch a drone delivery service called Prime Air.

“America has led the world in aviation development,” Brendan Schulman, a New York-based specialist in drone law, told the newspaper, “but for the first time in history we are at risk of losing out.”

MUST READ: The Art, Science, and Legality of Flying Drones

Canada’s government reportedly allowed Amazon to operate drones following just a three-week process—a stark contrast to the many laborious months under the US system. Transport Canada released nearly 1,700 commercial drone certificates last year; the Federal Aviation Administration in the US has granted just 48 in total.

This new Canadian base marks Amazon’s first outdoor testing area. The company runs indoor tests in Seattle and performs research at Cambridge in the UK.