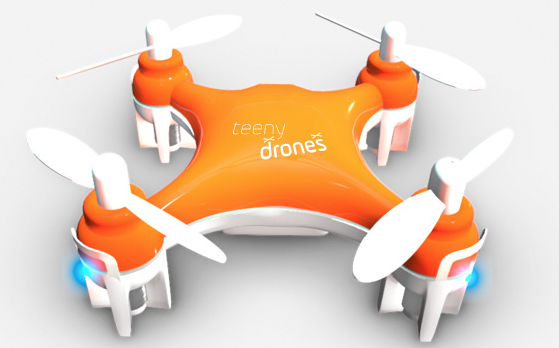 Drone technology is growing in popularity but one Montreal-based drone developer says education about the technology, and the regulations that govern flying, just isn’t keeping pace.

Now, he’s trying to change that.

“Drones are a big part of our future,” says Jason Mainella, the founder of Teeny Drones, which sells a small quadracopter. “The industry is ever growing.”

But without the proper education, that growth has lead to some high-profile incidents, like one this summer where drones hovering over wildfires in California prevented firefighting aircraft from getting close enough to fight the blaze.

“People are not aware of the regulations,” Mainella says. “Unless you’re really looking, you’re not going to find it.”

That means it’s largely fallen to drone companies to educate the public about regulations and safety, he says. “I think it’s really important, especially with all the negative press that drones have been getting, that we put a positive side to it and start educating the future,” Mainella says.

While some programs have emerged to teach professional pilots, he says he hasn’t seen aimed at children.

“There’s no one leading in the industry right now, as far as youth education,” Mainella says. So it’s fallen to him.“We’ve been heavily getting in to the educational sector for drones,” he says.

The company has launched an online training centre designed to give the public information about how to fly drones as well as repair them, including 24-hour support.

But when it comes to education for children, Mainella’s taking it a step further. “We’ve been partnered up with a couple organizations and schools and we’ve put together a mini-curriculum on drone education.”

The curriculum, largely designed by Mainella’s co-founder, Olivier Ferland, has now been implemented in two schools with 150 to 200 students involved in the program. He says the program gives children the opportunity to learn about everything from drone safety and regulations to how build and repair drones.

“Instead of just offering a drones that they could fly or a toy drone that they could practice on, we actually give them disassembled kits,” he says. “Everything’s separate and they get to learn how to assemble themselves and learn about all the different components.”

Mainella says it’s important to educate children about drones and give them the tools to design their own drones given how widespread the technology is becoming, being used by everyone from real estate agents to hydro companies and even fire departments.

“It’s going to be in every industry,” he says.