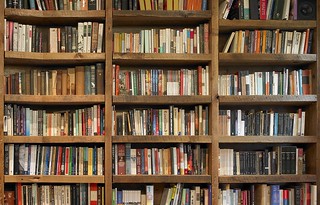 As co-author of Deloitte’s annual Predictions report on technology, media and telecommunications (TMT) I get to predict all kinds of cool things annually: 3D printers, wearable computers, tablets, phablets and drones are just a few futuristic examples.

But my favourite prediction of the last ten years is our 2015 view on the future of the print book.

Although music, movies, directories, TV, magazines, and newspapers have all gone overwhelmingly digital in the last decade, the print book is the curious exception. Both in Canada and worldwide, Deloitte predicts that more than 80% of all the books sold in 2015 (measured both by dollars and units) will be old-fashioned bound sheets of ground-up dead trees with ink markings. How cool is that?

It isn’t because there aren’t enough digital devices to read eBooks on: almost all Canadians have a PC, nearly two-thirds will have smartphones by the start of 2015, about half have access to a tablet, and even eReaders are owned by about 20% of us. Even more interestingly, the persistence of print books isn’t being driven by older readers propping up the industry while younger readers have switched to digital.

In both North America and in the UK, we are seeing some strong demographic detail on the attitudes of 18-34 year olds, also known as millennials, to print books. In happy news, the kids today are reading about as many books (both digital and print) as the overall population, at around five books per year. Over nine-tenths of book-reading millennials are reading print books, while less than half are reading any eBooks, and only 4% read only eBooks.

These younger readers are committed to print: nearly half of American millennials agree with the statement that “eBooks will never take the place of real books for me”, and over 60% of UK 16-24 year olds prefer print books versus the digital alternative. Further, based on some small focus groups I ran this fall, it also seems likely that a generation that commonly streams or downloads illegal copies of music, TV shows and movies all the time doesn’t feel the same way about pirating books. “Somehow,” said one “it just feels wrong.”

Why are millennials preferring, reading and paying for print books?

Some prefer the smell, or the look and feel of print and paper.  While it is possible to build a digital library of eBooks, it doesn’t fill up the Billy bookshelves in that first apartment the same way print does. Over 40% of 13-34 year olds take pride in their book collection, but only 30% of those over 65 feel the same way. That makes a lot of sense to me: young people tend to be more concerned what OTHER people think of them, while older generations become more indifferent.

The same applies to book covers. One of the supposed virtues of eBooks is that no one knows what you are reading: useful for those reading erotica, I guess. But what about the rest of us? Reading a print book with a traditional cover allows you to send a signal of what kind of person you are. “I am a reader. I like science fiction. And I’m NOT reading Fifty Shades of Grey.” In both our focus groups and in other surveys, millennials seem to believe that while you may not be able to judge a book by its cover, you can judge a person by their book’s cover.

There is a reason why I picked this topic (out of a possible thirteen Deloitte TMT Predictions for 2015) for Techvibes.

Millennials matter and lots of people believe they know all about them. And I think many of our assumptions are wrong, misleading and will lead to bad decisions. That younger readers are so attached to print books is a critical piece of mythbusting. 18-34 year olds aren’t all digital all the time. They will pay for content. They aren’t always massively different than older generations. They aren’t averse to physical formats. There are forms of traditional media that still appeal to them.

Two final thoughts. Readers even younger than millennials don’t seem likely to abandon print either: over 95% of toddler picture books are still printed on paper, not read on screens. And the even the real digital natives aren’t immune to the charms of print. 24 year old Zoe Sugg (aka Zoella) is a UK video blogger. She has 6.8 million subscribers and almost 500 million video views. Millions more follow her on Twitter and Instagram. She just published her debut novel, which broke the record for first week sales, and is the fastest selling book in the UK for 2014. The story of a 15 year old video blogger, can you even imagine a book that would be more appealing to the digital generation?

For every electronic copy of Girl Online purchased, over 20 print copies have been sold.