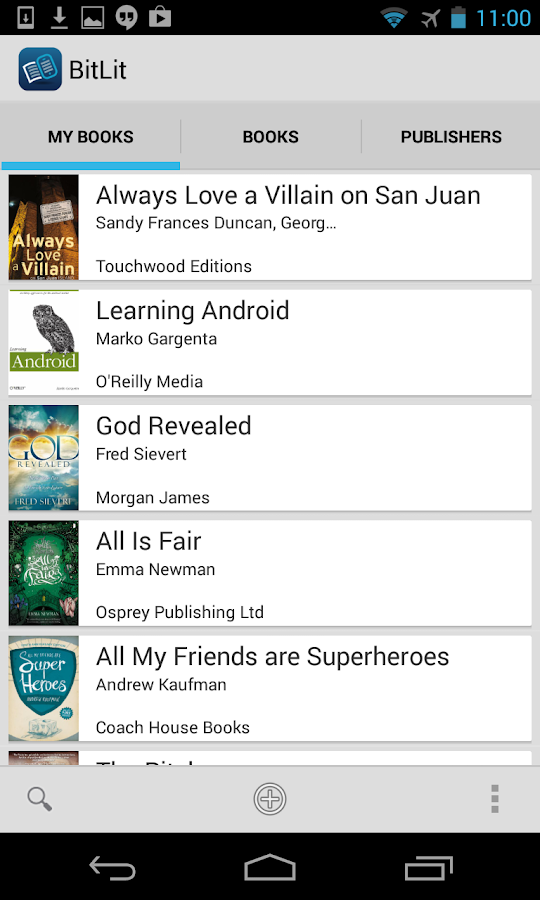 A Vancouver-based startup is using their innovative technology to revolutionize the way we interact with our book collection.

BitLit, a company we caught up with after they participated in metabridge’s pitch competition, has developed an app that allows traditional book owners to get a copy of the corresponding ebook at either a low cost or absolutely free.

Peter Hudson, BitLit’s founder and CEO, explains the basic idea of the app. “Often you have books that you’d be given as gifts or a book which you bought years ago perhaps at full price. All you have to do is to prove you own a copy of the book.”

While this may sound daunting, BitLit’s app solves the issue with creative use of your smartphone’s camera. “With your iPhone or Android device, you take a photograph of the book and simply write your name on the copyright page of book, and our app does the rest,” Hudson says.

Having conquered the technology piece of the puzzle with their app, getting the book publishers on board is another hurdle the company is always looking at jumping.

“We do have publishers on board, just over 100 publishers signed,” Hudson told us. “We’re just shy of 20,000 tittles on the system. There are five major trade publishers; those guys are the big ones. We’ve talked to everybody and we have made some very good progress with a few of them.”

While you won’t find Hunger Games on BitLit’s list of titles, you will find some major bestsellers, with all of the offerings from O’Reilly available. “Many of those titles – which can be quite expensive, like $100 – you can get the ebook version for $4.99,” Hudson explains.

For Hudson and his Vancouver team, convincing publishers to join the BitLit party is a matter of hammering home concepts which they are already more than aware of. With traditional bookstores fading away far too rapidly, publishers need to connect to readers now more than ever before.

“We’re helping them with their innate desire to better connect and offer something they want so they can give something to their reader,” he says. “We say, ‘Look, you’re not going to be cannibalizing the sales of your traditional books. That ebook [the corresponding one to the paper book the customer has already purchased] is probably not going to be sold anyway.’ By offering the ebook at a very low or no cost, they’re actually adding value. Giving the reader multiple formats is giving their customer the best of both worlds.”

Moreover, BitLit is focused on adding value where publishers need it most.

“The worst thing for a publisher is if someone buys their book and they don’t talk about it,” says Hudson. “The #1 driver of book sales is word of mouth referral. If someone doesn’t actually read your book, the word of mouth opportunity is actually gone. It’s that second conversion they miss.” A true book lover himself, Hudson hopes to get readers back to the brick and mortar reseller. By offering that value add for the retailer, it’s a win/win.

But what about the much talked about death of the print book, you may ask. Hudson counters: “We don’t throw a book away after we read it. It decorates my home, it shows a bit of my personality – the same way that art does. The ebook will never replace the physical book… they can live in harmony. We’re nine years into the ebook revolution and only 4% of people are ebook only. Most of us are a hybrid of both.”

One other big stumbling block for the service that may come to mind, as it did for one of the judges during BitLit’s metabridge pitch, goes like, “What happens if I’m in a Chapters store in a cold dark corner and I write my name in the book and take a photo?” Hudson gets asked this a lot, and like he did at metabridge, he’s quick to reply.

“A lot of people are quick to ask that without thinking through the consequences of vandalizing a book you don’t own with carrying a smartphone with a GPS and your credit card. In hindsight, it’s not something that’s very smart to do. If you really want the ebook without paying for it, you can probably find the torrent pretty quickly.”

BitLit has several planned future uses for the app and its cool functionality, but isn’t ready to speak about them at this time. We’ll be watching the company’s developments as they continue to add more publishers and features, and plan on follow up with Hudson and his team as things progress.