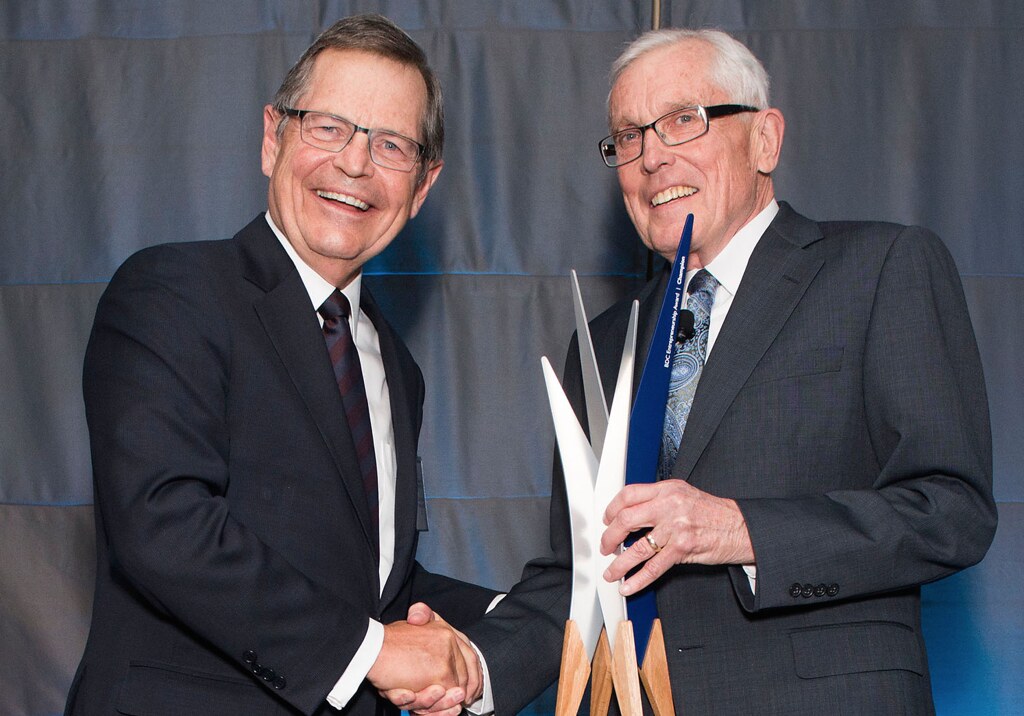 The Business Development Bank of Canada this week named Gerry Pond, an Atlantic Canadian angel investor, the first-ever BDC Entrepreneurship Champion during a reception in Toronto.

The new national award “recognizes the achievement of a Canadian entrepreneur and community leader who has created and grown one or many successful small or medium-sized businesses while significantly contributing to the prosperity of the Canadian entrepreneurship ecosystem,” according to BDC.

The cofounder of Mariner Partners, Pond has helped facilitate a billion dollars’ worth of technology deals, resulting in the creation of numerous startups, including Q1 Labs and Radian6. Pond won Angel of the Year 2011 in the Canadian Startup Awards.

“Gerry exemplifies the qualities of the consummate entrepreneur: innovator, visionary and community leader,” said Jean-Rene Halde, CEO of BDC. “He has demonstrated these qualities throughout the course of his career and has imparted his wealth of knowledge and experience, inspiring other Canadian entrepreneurs to achieve national and international success. It is a privilege to be able to recognize his contributions this way.”

Pond also co-created Propel ICT, a startup accelerator, and the Pond-Deshpande Centre at the University of New Brunswick, which encourages emerging entrepreneurs and innovators in the region to accelerate the creation of sustainable, scalable enterprises.

“At its core, entrepreneurship is about hard work and determination to make something better,” Pond says. “It’s about focusing on the greater good, and collectively making positive change. We need more people, especially young people, to embrace this mindset, tackle difficult issues, and continue the proud tradition of Canadian entrepreneurship.”

Mr. Pond is also the chairman and co-founder of East Valley Ventures, an accelerator for Atlantic Canadian startups.