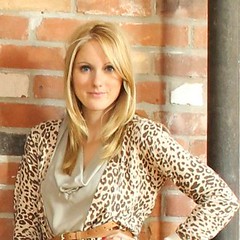 Techvibes Techfest is a one-of-a-kind event that brings together the fastest growing companies and job seeking talent and it taking place next in Toronto on March 10 at Berkeley Church.

We’re excited to announce that Toronto’s own Erin Bury will be emceeing Techfest and introducing leaders from companies like BlueCat, Big Viking Games, and Shopify as they pitch you on why you should want to work for them.

Erin is a frequent speaker with the National Speakers Bureau, writes a monthly column for the Financial Post, and is a tech commentator on CTV News. She has appeared in publications including The New York Times, Forbes, CNN, and Canadian Business, and was named one of Marketing Magazine’s top 30 Under 30 marketers. Her claim to fame is being retweeted by Oprah – twice.

VIP Talent tickets are available to job seekers only for $15 each. VIPs get in the door at 6:00pm for exclusive access to hiring managers of the sponsoring companies. VIP tickets include a drink.