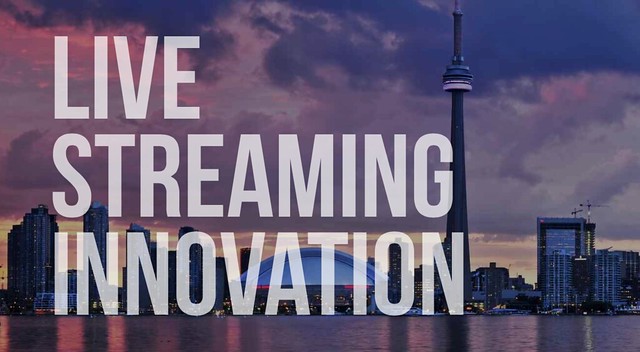 Toronto startup Eventstream announced today that they are launching three new products and a Periscope app.

Eventstream, which launched in 2011 to specialize in webcasting and livestreaming, aims to bring products that will change the streaming industry.

“Each of the products are unique in their own way and serve a different audience, but they all share the same common goal: connect users with an interested audience anywhere in the world,” said Eventstream founder Michael Dawson.

The first reveal is the company’s flagship product, Kastio. It is a webcasting platform that helps users quickly capture leads and reduce lead qualification time.

Kastio is aimed at inbound marketers doing live webinars and webcasts to generate leads for their business.

According to Dawson, one of the reasons potential attendees don’t use webinars is because the registration forms are too long, Kastio uses a multi-stage data capture so marketers can get that data throughout the webinar instead of at the time of registration.

The product will offer real-time surveys for each viewer, providing helpful data needed to qualify leads.

Kastio is also an embeddable platform, requiring no landing page or app download. This makes it almost instant for users to host a webinar on LinkedIn, for example.

LiveTouch, the second product, is a livestreaming mobile-app. People direct their own broadcasts at events using the Wi-Fi driven app, in order for users to experience in real-time events such as concerts, marathons, and conferences.

Events streamed using the LiveTouch app switches between all camera angles or media sources for that event instantly. This can serve in many ways, including offering exclusive footage behind the scenes at a concert, or even filming an important event without disclosing the exact location of the broadcaster.

Through a partnership with Eventbrite, LiveTouch allows producers to sell tickets within the app to increase revenue and engagement.

“We believe this type of interactive experience will become standard for all events in the future,” said Dawson.

The third product is the company’s self-titled software, Eventstream. The service instantly converts a live streaming platform into an interactive webcasting platform, by adding a layer of security and tracking, as well as embedding a Q&A panel.

This product is also integrated with Eventbrite to offer easy registration for attendees, and pay-per-view of the live streams.

In addition, the company announced their Embed Periscope app, which allows users to embed their livestream on any website for free using the Eventstream embed tool. “This feature extends the reach of Periscope by placing it alongside relatable content and keeps viewers on the marketer’s site rather than having to go to Periscope to watch,” said Dawson.

After an explosion of demand for live streaming and webcasting solutions over the last five years, Dawson, who worked in the film and TV business, felt there was an opportunity to bring professionally produced content to the live streaming format.

This was something very few companies were producing in Toronto.

Now, with the launch of three new products and an app, the Eventstream team plans to utilize their user feedback and continue growing the streaming media eco-system.

“We’re going to take the time now to really invest in helping our users reach their live streaming goals, and provide as much support as we can to help them get the most out of the software,” said Dawson.