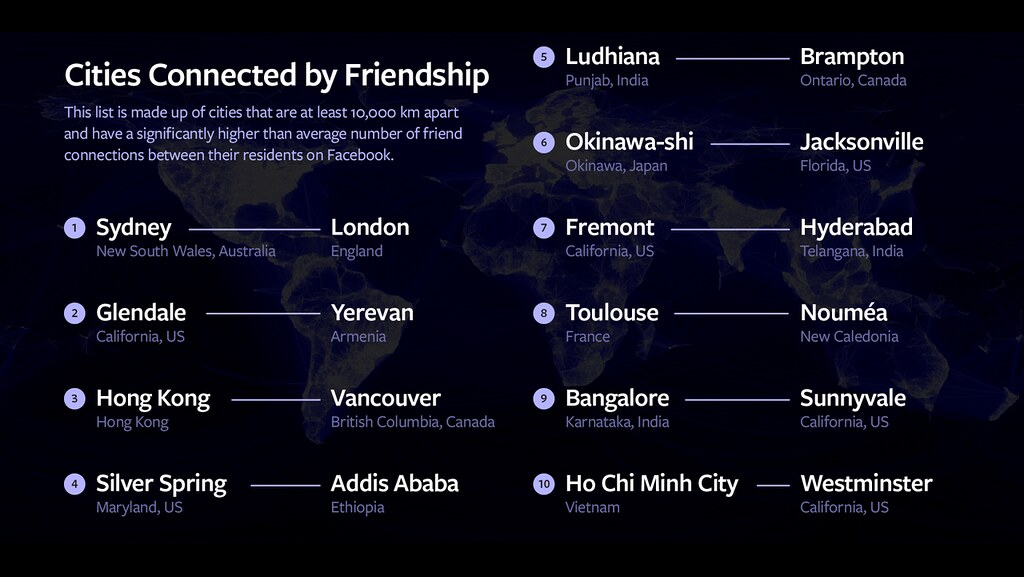 Founded in 2003, the social network now boasts more than 1.3 billion active users, or nearly 19% of the world’s population, including 20 million Canadians.

According to Facebook, the cumulative distance between every friend on Facebook is 73 trillion kilometres—10,000 times the distance from Earth to Pluto or enough distance to travel around Earth 1.8 million times. 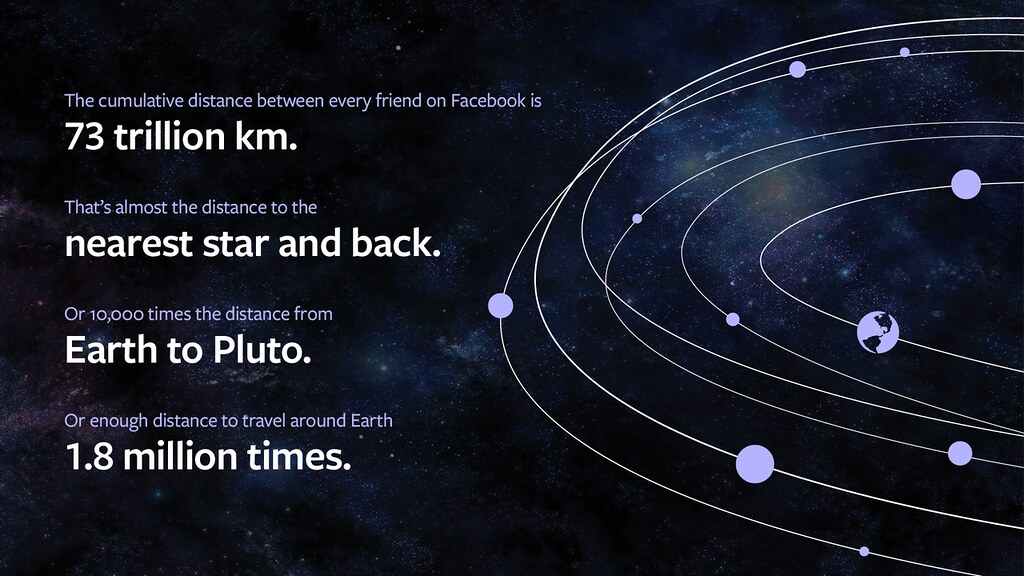