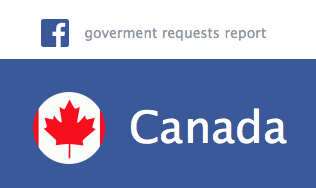 “We respond to valid requests relating to criminal cases,” Facebook says. “Each and every request we receive is checked for legal sufficiency and we reject or require greater specificity on requests that are overly broad or vague.”

Facebook has more than one billion active users, including more than 18 million users in Canada.