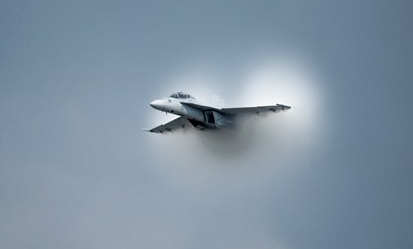 It was only a few years ago, when Facebook went public, that mobile wasn’t a part of its business.

Okay, it was part of its business—it had a popular mobile app and lots of active mobile users—but it generated no mobile revenue. None.

Now, mobile is nearly three-quarters of Facebook’s business. Indeed, the company today posted its latest quarterly earnings report, revealing that 73% of its advertising revenue (which is most of Facebook’s revenue) hailed from mobile. Overall, Facebook posted $3.5 billion in revenue.

It’s not just about the money though. Facebook now claims 1.25 billion active mobile users. That’s up 24% in a year—pretty insane considering we’re talking about an app that already had more than a billion people using it.

Moreover, Facebook has 1.44 million active users overall, which means 87% of them are now on mobile. That percentage has absolutely skyrocketed in recent years; it was not long ago that fewer than a quarter of Facebook’s active users were on mobile.

If there’s a lesson here, it’s that mobile offers a huge opportunity for growth, even among established companies that can’t grow fast in other areas.