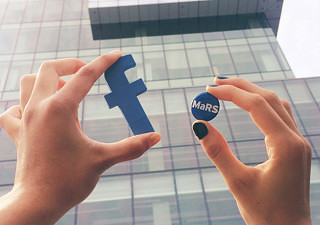 The move is expected to complete in early 2016.

Facebook will lease half a floor, which could house up to 130 employees. Currently it employs 65 at its Canadian HQ.

The company is the first new tenant in the building since 2009, when construction stopped until the Ontario government bailed out MaRS two years later.

Interestingly, the building was designed for “specialized laboratory capabilities,” which Facebook has no need for.