Around Vancouver, it’s not the changing colours of leaves that give away the coming of a new season; if anything, it’s the arrival of the rains.

But changing colours certainly do point to changing seasons —in this case, the changing of shirt colours. The true hues of the season come through in full force, and when you see people wearing the whites, blues, and greens of the Vancouver Canucks, it can mean only one thing: it’s time for another season of hockey. 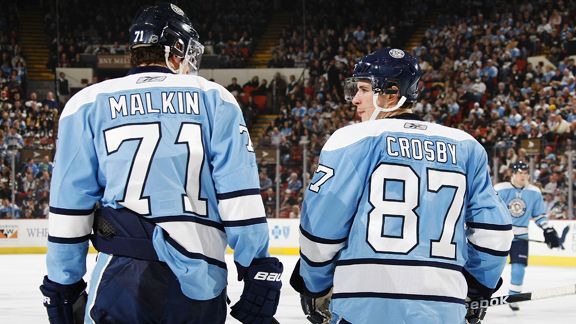 And for a special kind of hockey obsessive, the 2010-2011 NHL season brings with it an extra treat: the start of fantasy hockey season. It’s when we all get to play general manager of our own theoretical hockey teams and start some friendly (or often unfriendly) competition, whether for money or simply for pride.

For us poolies, us alternate-reality general managers, fantasy hockey brings us to a new level of immersion in the game. Joining a fantasy hockey league makes you want to learn about teams and players beyond your hometown, and more importantly, which of those players are going to help you defeat your friends (I use the term “friend” loosely; there are no “friends” in fantasy sports… only rivals). It adds a new level of importance to every NHL game of the season, and when TSN decides to show a “thrilling” matchup like Atlanta versus Columbus, sometimes the fantasy implications are more exciting than the real-life ones.

I’ve grown to appreciate hockey so much more since I’ve started playing fantasy. It’s uniquely rewarding to make a prediction about a player’s ability and future success and then be rewarded for that prediction coming true. And what’s really striking is how little time it takes. Heck, my high school pool was one by a guy who barely watched a game before joining our fantasy league. But there he was, taking all our money and getting excited about a game he didn’t care about at all mere months earlier. Man, I hate beginner’s luck.

I’ve often been asked why I obsess over these silly games on the Internet. It’s a good question. I mean, with all the reading, talking, listening and researching I do that revolves around fantasy hockey, you’d think I might want to, I don’t know, maybe go outside and play actual hockey. But if you ask me, it takes skill to have success in fantasy sports. Knowledge of the players involved, foresight, mathematics, and of course, dumb luck all get tested during the course of a fantasy season. It’s the strongest way to connect yourself to the careers of a bunch of millionaires who chase a piece of rubber along a sheet of ice, and once you get into it, prepare to get hooked.