Canada’s telecommunications industry has, more or less, always been in a state of unrest. Cries of corruption and oligopolies have bellowed out from the tongues of frustrated consumers for many years. How can telcos charge even five cents for a text when that text costs a microscopic fraction of a penny? And what costs a penny—a full, hardy gigabyte—and cost up to $2 or more when you go over monthly limits? Which, rather recently, have been slashed to historically low caps. Customer service issues plague consumers and price gouging stings them, all as the major Canadian telecom corporations rake in some of the world’s highest profits.

It all brings to light the question: What is next for Canada’s telecommunications industry?

Keep your friends close, and your enemies…

Chairman of the Canadian Radio-television and Telecommunications Commission, Konrad von Finckenstein, was called forth by Prime Minister Stephen Harper and his Conservative government to explain his ruling that, effective March 1, Canadian Internet service providers may implement a usage-based billing scheme—a decision that would effectively increase the costs of internet for the overwhelming majority of Canadians, as well as risk stifling innovation across the country.

Konrad and the CRTC, essentially, wanted to throw Canada back into the twentieth century. Despite this, despite the NDP and Liberals both calling the ruling “anti-competitve,” and despite a 400,000-signature petition looming over his head, Konrad defended his decision before the PM.

Thankfully, the CRTC’s ruling over UBB for ISPs was overturned. But Canadians know who to keep an eye on now: Konrad von Finckenstein.

Who really rules the roost?

Vancouver-based OpenMedia, which spearheaded the backlash with its Stop the Meter campaign and online petition, was “baffled and bemused” with Konrad’s defence of the CRTC’s decision. Founder Steve Anderson say that “the CRTC’s stubbornness in the face of a mass public outcry demonstrates the strength of the Big Telecom lobby’s influence,” and added that “while government officials have recognized the need to protect citizens’ communications interests, the CRTC has made it clear that their priorities lie elsewhere.” He declared that “Now is the time for citizens to demonstrate that they, rather than incumbent ISPs, are the real stakeholders.”

Even though the CRTC lost its ruling, OpenMedia recognizes that this is just one battle of a much bigger war. So while its petition has dramatically slowed in growth following the PM’s official announcement that the decision would be repealed, OpenMedia is aiming for 1,000,000 signatures.

Do consumers carry clout? Do lobbyists wield the influence? Or is it the telcos? the CRTC? The government? Fact is, no one is sure. The CRTC should, in theory—but after making a decision that so heavily favoured telcos over consumers, the government stepped in and negated the move in favour of consumers. And, of course, lobbyists were crawling about the shadows pressuring all parties. Note that in this single event, so many parties were acting separate of one another. With this corrosive lack of unison, how can peace and agreement ever be reached?

If the future is foggy, turn your fog lights on

The Globe and Mail ran a lengthy piece which in detail highlighted the innumerous uncertainties of Canadian’s telecom industry.

The government has now countered two major decisions issued by the CRTC—which begs the question, why have a CRTC at all? But at the same time, most consumers believe the government made the right choice both times, making the CRTC look like a villain. Of course, telcos don’t feel that way: with no government intervention, Wind wouldn’t exist in Canada (less competition), and profits and revenues would skyrocket via usage-based billing, or UBB. Quoth the Globe and Mail:

For the regulated industry, already in the middle of rapid convergence and technological change, [there is] new uncertainty for the multibillion-dollar sector. But with two crucial, landscape-shifting political decisions looming ahead – how Ottawa decides to loosen foreign ownership rules in the sector, and how it structures the next auction for wireless spectrum licences – the industry is certain of one thing only: That it can’t be certain of anything.

“When it comes to politics, there are no rules for this industry, they’ll be made up on the fly,” says Michael Hennessy, senior vice-president of regulatory affairs at Telus. “That’s unfortunate, but that’s the way it seems to be.” 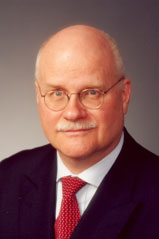 It’s definitely been a wild ride, but the most jerking twists and turns likely loom ahead still.

Perhaps alarming for everyone is how swiftly the government acted:

Richard French, a former vice-chair of the CRTC, noted that it usually takes months for a formal review of a CRTC decision. The rulings themselves usually take months of deliberation and days of hearings, and involve hundreds of detailed documents. “Now it takes three days. They decide to review it on Monday, and Wednesday night they tweet that they’re going to send it back. It’s government by tweet,” Mr. French said.

This won’t seem like an immediate concern to most—after all, don’t we want politics to speed up a bit? Yes, but tis quickness demonstrates that the government had already made its mind up coming into the meeting with Konrad, probably well before, and that it couldn’t even be bothered pretending it did more thorough investigation. It was, in essence, a show-off: “Look how much power we wield. And we’re not afraid to use it.” That is never a good mindset for governments.

However Canada’s telecom industry looks in two, ten, or twenty years, is completely unknown—but you can bank that, whatever the destination may be, the journey is going to be one hell of a rough ride.