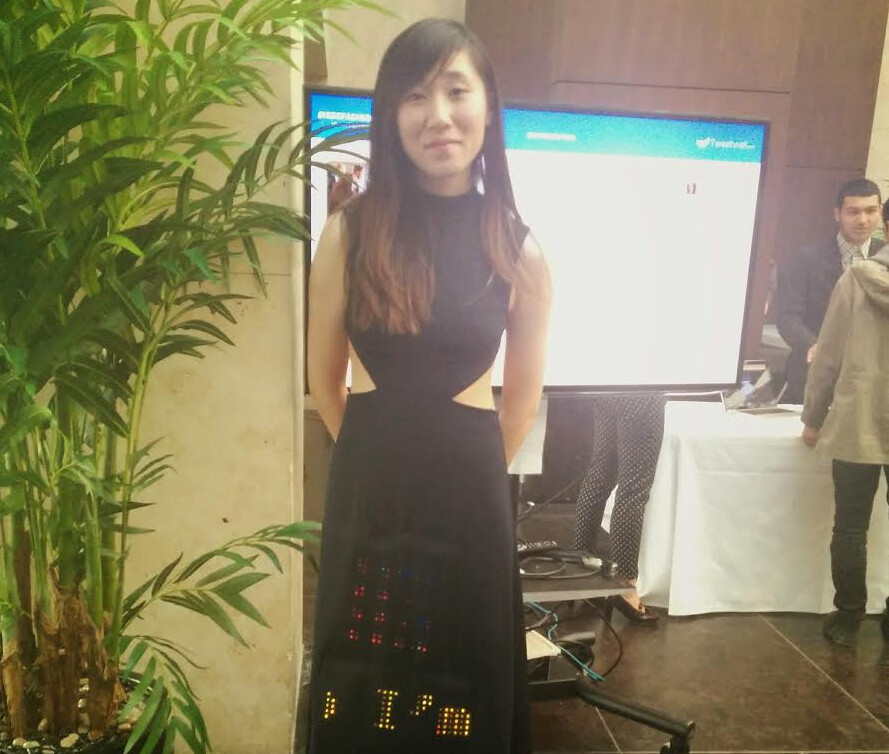 At least 150 people came out to the fashion technology showcase at Ryerson University, hosted by the Institute of Electrical and Electronics Engineers Ryerson chapter, where startups in the wearable and technology industries demonstrated how they interact with the fashion industry.

This was the first time IEEE Ryerson hosted such an event. As Ryerson University has one of the most comprehensive fashion programs in Canada and the wearable industry is estimated to be worth $20 billion this year, an event like this was only a matter of time.

“We’re a very practical-oriented university in terms of fashion and engineering, and we wanted to bring those closer together,” says Simran Kamboj, who was an advisor on the organizing team. “Wearable technology is the combination of a lot of industries coming together.”

The event brought together fashionistas, students and engineers – a group not often seen in one place interested in the same event – who enjoyed demos of well-known names in the tech industry. DreamQii showed off their consumer-friendly and easy-to-assemble Plexidrone, which has a built-in GPS system, the ability to take photos from high angles, all while being controlled with a smartphone. In keeping with the fashion-technology theme of the event, DreamQii showed off their very fashionable backpack that Plexidrone can be carried around in.

Interaxon was also there to show visitors how they could easily practice their meditating with Muse, a slim and sleek brain-sensing headband that helps you train your brain to improve your attention.

Though these big companies drew a crowd, other up-and-comers brought interesting technology and concepts to the table that could change the way many people view wearables – as wearable companies move away from a strictly function standpoint, startups are increasingly propping up that are highlighting the fashionable potential of the technology. The company behind MeU, an open-source wearable device that allows you to display messages in your clothing, hopes that advertising agencies that want to engage their customers or people who need messages displayed on their body will adopt the device. 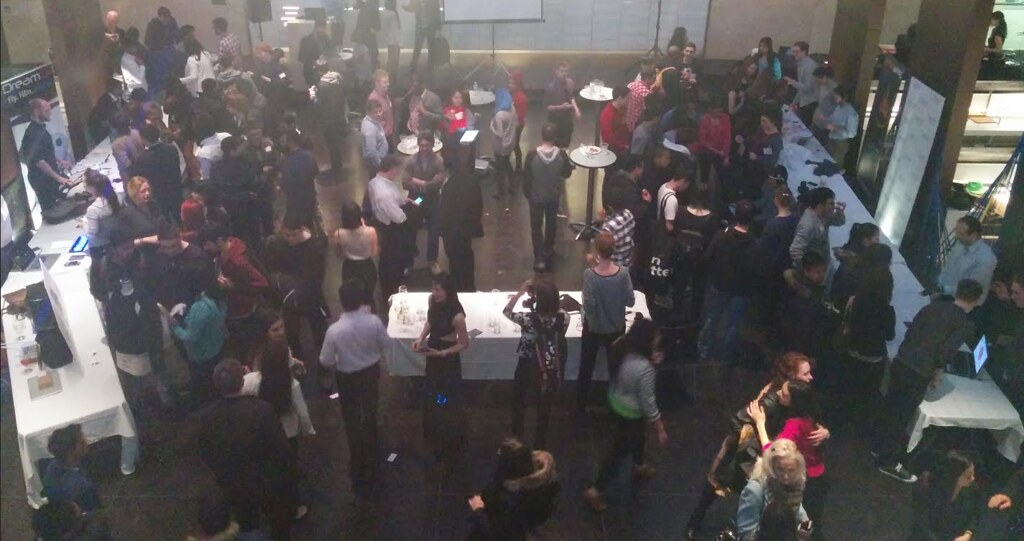 “Not everyone has access to a smartphone whether it’s for personal or socioeconomic reasons,” says Robert Tu, the CEO of MeU. “So what happens when we share that for them to consume?”

Magniware, however, highlighted that some wearables can include those that aren’t meant to be seen by others. Using a soft silicone material that sticks directly onto the skin, their aim is to embed electronics in these materials that will pick up on vitals like heart rate and muscle activation. Currently, they have a collaboration with SickKids hospital and work out of the MaRs Discovery District.

“What we’re doing right now is a closed launch working with professional sports teams, as well as researchers at universities and hospitals, and they’re giving us feedback,” says Firas Kamal Eddine, one of the co-founders, adding that the idea is to get validation from these groups before they try to launch to the public in the fall.

Daily Goods Fashion Tech, a wearable tech company targeted to women founded by Kili’s Director of User Experience, Renn Scott, is looking at incorporating these already available technologies into user-friendly wearables that are also fashionable. Using MeU’s device and the Breqlabs exoglove, a highly-accurate sensor glove that can be used in virtual reality and rehabilitation settings, Scott developed a prototype “ecosystem” for cyclist safety which includes a glove that lights up when cyclists signal and a backpack that also lights up for extra safety.