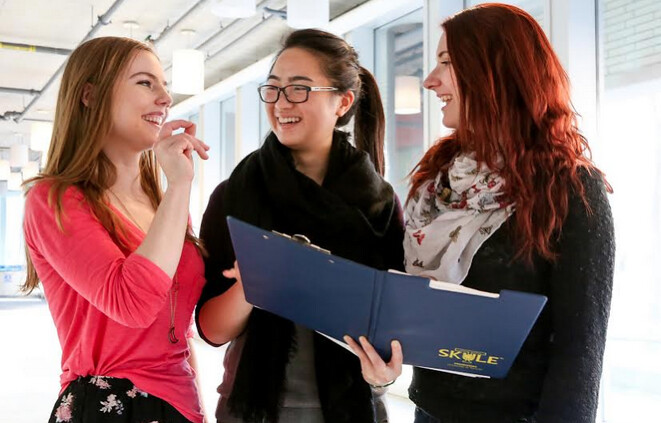 Women now account for more than 30% of first-year students in University of Toronto Engineering programs—a record for the faculty and a number that surpasses all other Ontario universities.

“U of T Engineering is a rich environment for talented, bright women to become engineering leaders,” says Dean Cristina Amon. “Diverse perspectives are the foundation of our culture of excellence in research, education, service and innovation.”

Today, one quarter of U of T Engineering’s undergraduate population is female, compared to a province-wide average of less than 20%. Across Canada and the United States last year, those averages were 19% per cent and 20% per cent respectively.

RELATED: Powerful Ad May Explain Why There are Few Women in Tech

It has not just happened on its own, though. It’s taken targeted recruitment efforts. Six years ago female undergraduate enrolment for U of T engineering was 21%.

More than a quarter of U of T Engineering’s associate professors (early-career, tenure-stream faculty members) are now women, compared to an Ontario average of 15% and a national average of 16%.

“Amidst the increasing numbers of women entering Engineering programs, there is more work to be done in attracting women to the diverse and rewarding field of engineering,” said Dean Amon.

Currently women account for less than 12% of all professional engineers in Canada.