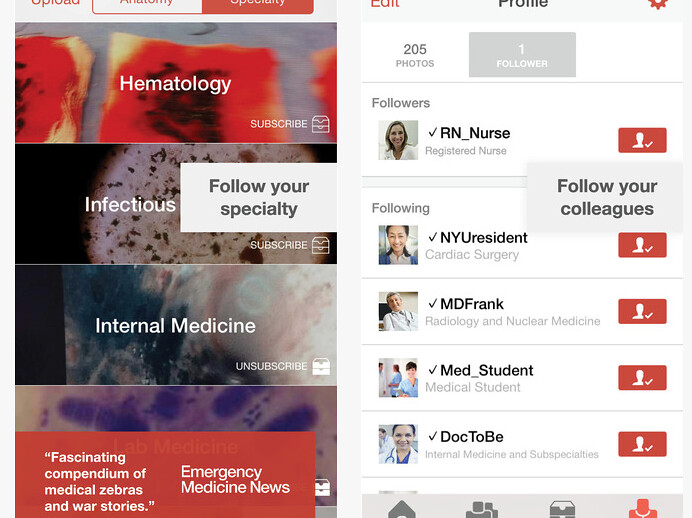 If you saw something interesting or unusual at work, there’s a good chance your first reaction might be to pull out your smartphone and snap a picture. You might even send it to a colleague.

Well, doctors are no different.

“I’m prone to taking images of interesting things with my phone,” says Dr. Josh Landy, a critical care physician based in Toronto. He’s also the chief medical officer and founder of Figure 1, a startup that’s created an image-sharing app for medical professionals.

Figure 1 is one of the finalists for Startup of the Year in the Canadian Startup awards.

“Medicine is sort of a team sport,” Dr. Landy says and, like with many other things, “to get better at medicine, you need to see a lot of cases.”

Dr. Landy says he wanted to share the images he took with his colleagues at the hospital but for medical purposes – where privacy is paramount – email and text just weren’t secure enough.

So when he started developing Figure 1, “privacy was our first concern,” Dr. Landy says. “Our solution was to prevent any personal health information from entering the app.”

That means “no faces, no names, no birth dates, no hospital numbers, not even the date,” he says. Instead of just covering up faces and distinguishing marks, like tattoos, the app “automatically deletes the pixels,” Dr. Landy says.

There’s also the issue of making sure the app, which is available in a number of different countries wasn’t violating any local laws and that patients gave proper consent. But while that involved a great deal of research, Dr. Landy doesn’t see it as a burden; instead he says “it’s a point of pride.”

The app is explicitly not a diagnostic tool and while members of the general public can use it, they’re not allowed to post images of their own medical conditions. To ensure it “remains focused on education and helping patients,” Dr. Landy says the app has a “strict no selfie policy.”

It all seems to be working. Dr. Landy says that the app has over 150,000 users, including 25 per cent of North American medical students.

Dr. Landy says he didn’t do it alone. He brought in Gregory Levey, a university professor and former journalist, who had just completed an MBA to be the company’s CEO, while software developer Richard Penner handled the technical aspects.

“I couldn’t have done it without my partners,” says Dr. Landy. While he might have been more tech-savvy than some of his colleagues, he says he was still “fairly ignorant about the tech world.”

Figure 1 is still looking at ways to monetize the free app but Dr. Landy says his main focus right now is growing the network.

“Healthcare professionals know that they live in a strange world,” he says. They “see the strangest things at four in the morning when they’re working by themselves.”

But Dr. Landy says an app like Figure 1 can create a little more community and turn those difficult experiences into educational ones.