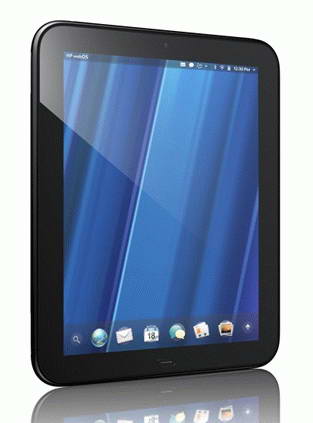 As hot as tablets are these days, nobody waits a week in line for them. Unless the tablet is an iPad, of course.

Apple’s tens of millions of sold iPads trounce the competition’s numbers. Xoom what? PlayBook who?

One tablet that just recently failed (in spectacular fashion, mind you) was HP’s webOS-based Touchpad. Funny enough, it wasn’t even a terrible device—it certainly had some issues, but it wasn’t really any worse than the rest of the iPad competitors.

Unfortunately, HP was forced to kill the project after just 49 days due to lack of sales, among other things. It was then that HP discovered the secret to selling a true iPad killer.

The formula is simpler than all the ones all these high-tech manufacturers have been concocting. All you have to do is sell the device for one quarter of its cost.

Indeed, HP liquidated its TouchPad inventory online and through bix box retailers for the ludicrously low sum of $99 for a 16GB model and $149 for a 32GB model. The result? Sell outs, everywhere, in minutes.

In the U.S., Amazon ran a Lightning Deal that saw the 16GB TouchPad completely sell out in 25 minutes, and the 32GB vanished in just 4 minutes. These are iPad-insane numbers!

The wholesale cost of a TouchPad has been pegged at between $300 and $325. Tack on designing, programming, shipping, supporting, and marketing, and you’re looking at $400-plus. The device originally sold for $499 (add $100 for the 32GB), like all tablets seem to. In this situation, HP looked to profit from the device.

But this method turns a potential iPad killer into a surefire killed-by-iPad. HP gets points for being the first Apple competitor to discover the guaranteed way to make sales and headlines: drop your price to one quarter the cost of the device. After that, to reference Steve Jobs, it’s a “boom” moment. Your tablet is now being considered by consumers.

Of course, this is a completely unsustainable business model. Then again, so is making, marketing, and then not selling a tablet (think PlayBook).

HP was caught between a rock and a hard place and made a tough decision—it walked the plank, though at least with all the flash and flare of a July 4th fireworks show. Will other killed-by-iPads consider going out with the same bang?