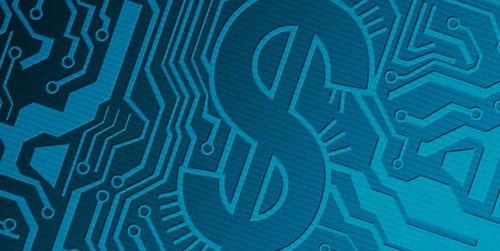 With financial technology investment, innovation, and activity among the most rapidly growing tech sectors, 2015 is being touted the year of FinTech.

Innovation was also at an all-time-high in 2015, with established players like Apple and Samsung Pay expanding further, emerging start-ups taking off, and traditional financial intuitions acquiring or partnering with fintech firms or developing innovation centres of their own.

With FinTech payment, currency and transaction technology now representing 25% of the recently released FinTech 100, a substantial increase over last year’s compilation, perhaps the most notable development and potential is in the mobile payment and transfer space. In 2015 alone, one billion global mobile phone users accessed their device for banking purposes, a number expected to double by 2020, representing 37% of the global adult population. Additionally, the year is expected to round out with 13 billion additional mobile money transfers, an increase of 150% from previous years.

With investment continuing to pour into FinTech, both the peer-to-peer and consumer- to-business sectors are ripe for further innovation, particularly as consumer expectations evolve shedding light on the increasingly antiquated incumbent systems.

As such, big development is slated for 2016.

One of the biggest shifts in FinTech in 2015 occurred in the lending landscape where peer-to-peer lending platforms such as LendingLoop, Grow Financial and Borrowell gained traction as lending moved away from institutional and towards micro loans from individuals. Aside from providing new opportunities for small, local businesses, the shift is expected to make headway for peer-to-peer payment platforms in 2016, as this type of transacting becomes more mainstream in general.

As both peer-to-peer lending and payments gain critical mass domestically, expansion into other payment types, such as merchant (online or offline), is inevitable, a trend leading players like Venmo are already spearheading. Additionally, as the global population becomes increasingly interdependent, and migration increases, peer-to-peer leveraging technology will become increasingly top of mind.

One challenge with the rapid evolution of FinTech is the residual need for improved security, an issue that is becoming increasingly apparent with the growth of the industry. As FinTech companies continue to push boundaries, collect more data, and store an increasing amount of sensitive information on behalf of users, regulators are pushing both proprietary and third-party fintech apps to tighten security in an effort to bolster consumer protection. These increasingly stringent requirements are expected to have a lasting impact on the FinTech industry, with only those who can keep pace surviving.

While there is an increased need for tightened security regulation from a global perspective, Canadian FinTech companies have actually led the charge when it comes to security. For example, nTrust abides by the same set of security standards followed by card companies, PCI-DSS level 1, which ensures data and money is secured to the highest degree.

Similar to the need for augmented security, compliance and regulation are becoming increasingly important issues, as users’ money is ultimately at stake. As more players and solutions enter the space with a varying degree of regulation, enforcing compliance is a necessity.

However, to be successful, regulatory bodies must operate at the same quick pace as technology companies, in order to be effective and efficient. As a result, it’s expected more regulatory and compliance hubs will begin to sprout up in 2016 to address these issues.

While the full potential of blockchain is still being realized, banks, exchanges, securities, IoT, identification, and payments are among the sectors looking at how to leverage this form of decentralized, global record store. Similarly, as technology increasingly connects us globally, 2016 will see a greater focus on integrating blockchain technology in the cross-border application of money-transfers and peer-to-peer payments.

However, whether this becomes the means of payment or a way to facilitate and authenticate a transaction is yet to be seen.