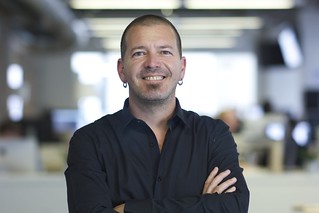 The startups grow, the investors nurture, and the pundits jabber. Vancouver’s tech scene can seem unchanging.

The players change teams. Rookies arrives, and the all-stars band together. More often than not, they band together as judges and coaches, nurturing the greenhorns and welcoming them into the friendly fray of entrepreneurship.

One of the most stalwart institutions of this very young tradition is Startup Grind. The ambiguity of “Grind” is in the organization’s favour. It sets the speakers and organizers up as understanding supporters. Yes, forgoing luxuries like time, sleep, and modesty is a hard slog, the name admits. But stick with us, and we will turn “grind: the industrial crushing verb” into the cool “Tony Hawk effortless style no-haircuts-required” kind of grind.

Startup Grind Vancouver, as hosted by the two Cheryls (Mack and Draper) mastered the Fireside Chat. Every month, a new speaker with a wealth of experience or wealth and experience was brought in to be interviewed. The size of the audience fluctuated with the popularity of the speaker; the speakers were as diverse as the Vancouver tech community.

They all had three things in common. Obviously, they all had a success story. Secondly, their specialized focus in the startup world hadn’t been covered in the past three months. Entrepreneurs, angels, and professional mentors neatly rotated, and when they didn’t, their work diverged enough to justify the slight repetition. Lastly, their success was ideally Canadian. Pebble’s Eric Migicovsky might live in Palo Alto now, but he’s a Waterloo-trained Vancouverite. And January’s speaker, Rick Perrault of Unbounce, found success as a Canadian in Canada.

Though he did take the long way to get there.

The fashion sense of the average tech entrepreneur is stunted at best. Luckily for Perreault, so is the style of your average musician, and it’s his musical past that’s obvious in his presentation that night. Pale, faded jeans, a grey t-shirt, and a hoodie. Pierced ears and a lazy smile.

Raised in Moncton, his parents expected him to be a lawyer. Instead he became a musician, playing bass in a regionally successful band.

“I bought my first computer in 1993,” Perreault recalls. “I remember when the first websites and colour images came up, and I just thought that this is so awesome. I’d always liked art, and I saw this as my chance of being creative and actually making money.”

Moving from the east to the west, he attended VFS before winding up in the online gaming industry.

“Marketing didn’t really control the web presence of a company,” Perreault says. “They’d have to submit, they’d have to wait—my goal was to empower marketing to make the changes to their pages. This way they could launch 10 versions of a landing page, and if 5 are crap, they don’t have to wait for permission to do that.”

His cofounders were people he used to squabble with; clearly friction made a fire. Despite his casual demeanour, his actions proved his talents at being a CEO. Calm in the face of Cheryl Draper’s first time nerves and completely transparent with his audience (as we’ve noticed before, Unbounce does not hide things), and unshakeable from his core principles. Like his lack of a sales team.

“We were all designers by trade, so we thought we could build something self-servicing,” Perreault says. “Instead of investing in sales, we chose to invest in engineers and designers. In all fairness, it’s not like we don’t have people who answer the phone, we have a customer success team that does that, and if you look at an inbound sales team and our CS team, they have a lot of the same tasks. They’re focused on success metrics-we have an on-boarding team now. We’ve identified that a lot of customers sign up on Unbounce in a panic, and all they need is a hand held for a minute. So we’ve gone from no-touch to low-touch.”

“Stay true. Don’t react. You spend six months in customer development, and react to one phone call? Don’t do it,” he adds.

And it’s not just the speakers that augur change: Perreault has high praise for the audience he enjoyed last month.

“They’re a little more prepared than entrepreneurs of 2010; there’s just more good advice out there,” Perreault believes. “There are a lot more companies here in Vancouver, and they own the webspace. They’re doing interesting stuff here at Unbounce, Mobify, Hootsuite, there’s a lot going on. And if you’re an entrepreneur, and you do any of that, networking, or getting online—there’s lots of help and advice for entrepreneurs. You can call just about anyone, and they’ll go to coffee with you or help you out.”

Vancouver’s tech scene can seem unchanging. But its slow evolution can’t be denied; every month, it gets a little bit better. Startup grind? More like Startup Climb.