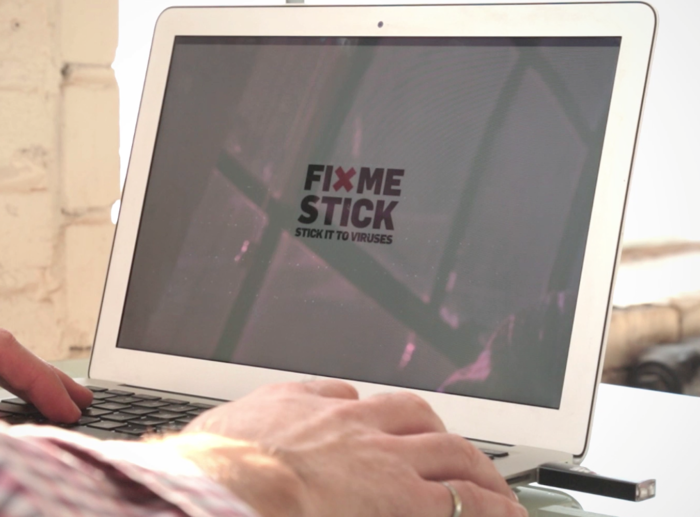 On this week’s Dragons’ Den episode, all five dragons made an offer to buy a stake in Montreal-based startup FixMeStick, a plug-in and plug-out device that anyone can use to remove hard to detect malware from their computer.

The FixMeStick, a bootable USB device that makes virus removal simple and installs no software, impressed all five Dragons, multiple of whom offered exactly what  founders Marty Algire and Corey Velan were hoping for—$500,000 for a 20% stake in the company, valuing the startup at $2.5 million.

FixMeStick’s strong financial position was a major draw: they already had $400,000 in sales and were growing at 10% a month. In the end, Algire and Velan accepted a dual-dragon offer from David Chilton and Arlene Dickinson.

Now the Canadian entrepreneurs are using the exposure from Dragons’ Den to launch a Mac version of their product, which is currently Windows-only. FixMeStick is seeking $50,000 on Kickstarter.

“People increasingly have to contend with viruses on their computing devices. More Internet commerce means more Internet thieves, and Internet thieves have an inherent advantage: they get the first move, which they use to attack where they know they’ll succeed,” explains the company. “The one advantage we all have over Internet thieves is physical access to our own computers (hackers may have network access to your computer, but they can’t physically touch it), which means that, we can shut down the infected OS and clean it with an external and known clean device—like the FixMeStick.”