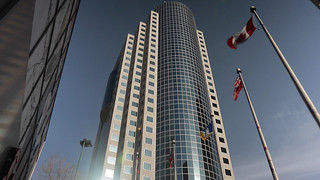 The multi-million dollar data centre has been established as the Richmond Hill, Ontario based company’s western Canadian head office. In this capacity, it will function as the primary sales and service delivery location for FlexITy customers in Northern Ontario, Manitoba, Saskatchewan, Alberta, and British Columbia. It is one of a limited number of certified unified communications facilities in Canada, making it unique in Western Canada.

“This state-of-the-art facility enables us to deliver competitive communication services for western Canadian businesses and public sector organizations,” said FlexITy CEO Peter Stavropoulos. “We have a long term commitment and vision for the western Canadian market. Our success in western Canada is strategic to our growth as an organization.”

FlexITy selected Winnipeg as the site of its Western Canadian operations because:

FlexITy’s Winnipeg data centre operations came on line in early 2014 and it has been actively increasing the services it provides to customers. The facility will employ several technical and management resources by the end of 2015. It has already been delivering hosted solution support to FlexITy’s customers in eastern Canada while it activates the services contracted by the City of Winnipeg.

FlexITy’s management team has aggressive plans to expand the facility in phases as its business plan unfolds.

“We are excited about the potential as we focus on enterprise customers in the private and public sector. When you make this type of investment, you think about what it means to get to scale. With the opening of this facility, we are confident that we will see five-fold growth in our business in a five year period. This will have a corresponding impact on our investment in the facility and our commitments to increase the size of our workforce in the province”, said Stavropoulos.

FlexITy representatives confirmed that their commitment to establish 20 high value engineering and management positions in Winnipeg as part of the initial phase of their business plan will result in a cumulative impact of 120 person years of net new employment in the Province. It will also generate an estimated $4.5 M of new provincial and federal tax revenue over the same period.