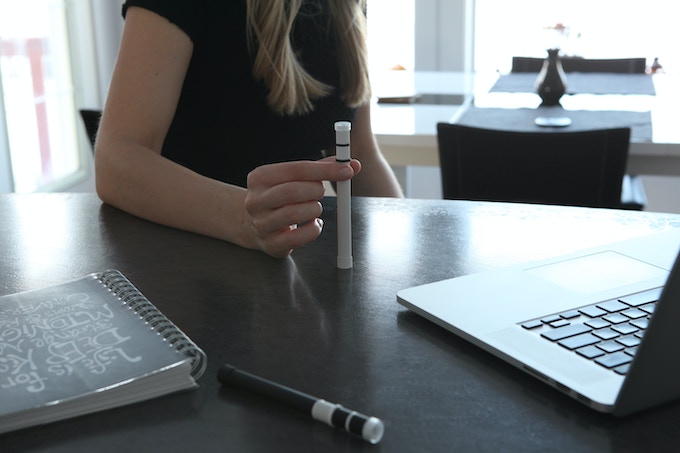 For a lot of people, their TV is actually a computer.

But if you want to change something – like switch what show you’re watching on Netflix – you have to get up and go over to over to your computer.

Here’s a device that looks to make that process a little easier – it’s an “air mouse,” a wireless mouse that allows users to move the curse on their computer screen just by moving it in the air – there’s no surfaces involved at all.

The Calgary-based creators of the device, called Gestor, are currently raising money on Kickstater to fund production.

“Our key innovation is that we brought an extra dimension to anything that existed so far. When conventional air mouse is tilted, the horizon is lost,” the creators write. “In Gestor, we make use of tilting … we use it for scrolling or zooming the screen content.”

The device, which looks a little like a marker, interacts with different websites in different ways, the creators say, it scrolls on websites while rotating it while looking at Google maps will zoom-in.

It can also be used to control a presentations and the actions triggered by different movements of the device can be customized.

The device pairs with a computer through the use of a USB stick, which makes it simpler to get up and running, the creators say. The device doesn’t just work with computers, it can also be used as a remote control for smart TVs or any other media player that has a USB input.

The people behind the campaign say they’re excited about the possibility of it being used with virtual reality device. Maybe we’ll see some Harry Potter-influenced wand apps.

The team says they’ve made dozen of prototypes and are now ready to move into production. The device will be built in Calgary.