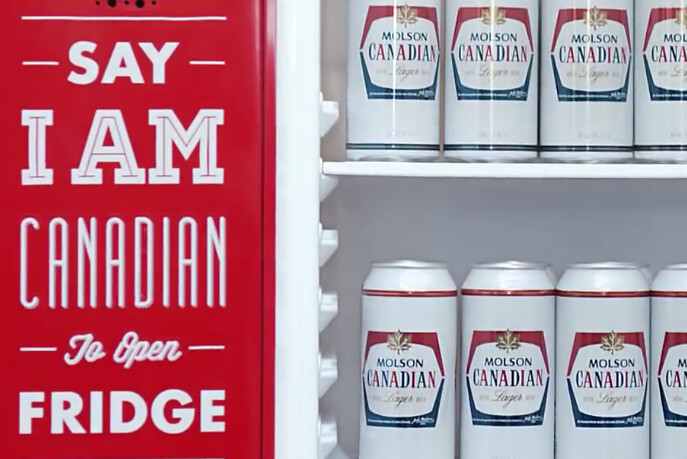 Canada Day is less than a week away and, as usual, brands are ramping up their patriotic efforts to capitalize.

Molson partnered with Google to create another version of its beer fridge, which has been in many popular ads over the past couple years. Using Google’s Speech Recognition API, this newest beer fridge unlocks when Molson’s slogan, “I am Canadian,” is spoken in six different languages. Yay, Canada is multicultural!

The ad itself is cringeworthy with a painfully fake script—a growing crowd of bystanders clapping excessively, people genuinely enjoying Molson beer—but the tech is cool, and the beer fridge will be functioning in the flesh in Toronto for the PanAm games next month.