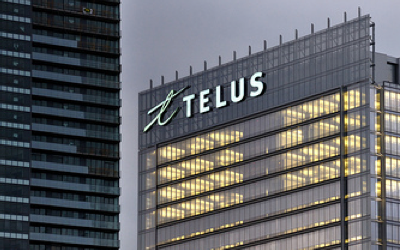 The federal government is threatening to block Telus from a future auction of cellular frequencies if the Vancouver-based telecommunications giant doesn’t stop attempting to acquire wireless startup Mobilicity, which it recently did for the third time.

This warning of unprecedented action is evidence tensions between the federal government and major telecom players are nearing a breaking point. Relations between the Conservative government and the Big Three incumbent carriers have eroded in recent years over the manner in which the Tories have tried to inject more competition into the wireless industry.

“If Telus doesn’t drop efforts to acquire spectrum set aside for new entrants, the Harper government is prepared to change the rules of the upcoming wireless auction that could effectively bar Telus or any incumbent from acquiring that spectrum,” a senior government source told the Globe.

Telus did successfully acquire Public Mobile, after which it raised the carrier’s plan’s prices then effectively shut it down. There’s nothing to suggest Telus wouldn’t do more of the same were it allowed to swallow Mobilicity.

It’s now expected that Industry Minister James Moore will not only reject Telus’ latest bit for the entrant carrier, but possibly redesign the next auction (scheduled for 2015) to favour entrants gaining spectrum, which could involve excluding Telus from bidding.

“If companies like Telus think the government will allow them to stockpile spectrum that was set aside for a fourth player, and access new spectrum in future spectrum auctions, they are kidding themselves,” a federal government source told the Globe.

Meanwhile, Wind Mobile is steadily gaining subscribers thanks to incredibly high-value plans, like this one, which for $39 offers unlimited talk, text, and data not only in Canada, but also the US.