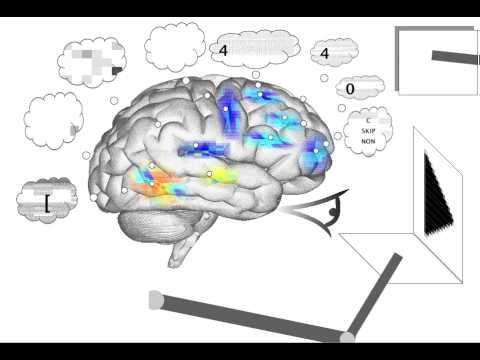 Chris Eliasmith, a Canadian neuroscientist, literally wrote the book on how to build a virtual brain. He also actually built one.

In fact, the University of Waterloo scientist led a team to create what he describes as “the world’s largest simulation of a functioning brain.” This groundbreaking project, named Spaun, is able to recognize numbers, remember lists, and write them down. The brain is even capable of passing some basic aspects of a standard IQ test.

Chris’ working brain is different from most other projects, which typically cannot see or remember or even control their own limbs.

Chris’ model of the brain took a year to build. It captures many aspects of neuroanatomy, neurophysiology, and psychological behaviour, says the director of Waterloo’s Centre for Theoretical Neuroscience.

Spaun, if you’re curious, is short for Semantic Pointer Architecture Unified Network. The brain boasts 2.5 million simulated neurons organized into subsystems that represent various components of the front, such as the prefrontal cortex.

Spaun is not as adaptive as a real brain, though. It cannot learn completely new tasks. But it can shift from task to task and learn patterns. However, one weakness is that its attention and eye position are fixed, so it cannot control its own output.

Still, the brain sets a “new benchmark” according to Christian Machens. Christian is a member of the Champalimaud Centre for the Unknown, a research institute in Portugal. He wrote a review of the Waterloo project in the journal Science.

This brain lays the groundwork for the next level of artificial intelligence, which will be marked by “more human-like” machines, Chris told Postmedia.

His book—the one about how to build a virtual brain—is slated to be published in February.