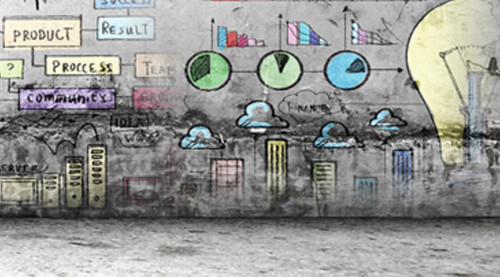 When you hear the word “startup,” you likely think of a twenty-something tech wiz working with two or three buddies in the basement to build the next Facebook.

But achieving success is a lot harder than it appears. In fact, 90% of startups fail.

That’s where a “grown-up startup” has an advantage. A grown-up startup is a company that is formed with a seasoned leadership team from day one. They’ve worked in early stage tech companies before, made mistakes and learned the ropes, putting them in a better position to make it big.

Here are six lessons young entrepreneurs can learn from the “grown-ups” to achieve startup success:

1. Strike the right balance between product and market.

First-time startup founders often don’t pay enough attention to the market. They work on developing a “cool” product with a “once we build it, they will come” mindset, only to learn too late that nobody wants to buy it. In fact, CB Insights cites no market need as the number one reason startups fail.

Grown-up startups, on the other hand, keep their heads out of the sand and their eyes on the market. They know that validating the market size, finding out what customers value, understanding their needs, and identifying how they would buy and implement the product is just as important as focusing on product development.

It isn’t uncommon for first-time entrepreneurs to find themselves in chaos, either because of premature scaling or insufficient resources to meet customer demands. But because grown-up startups have been around the block a few times, they have the foresight to plan correctly for each stage of development.

Early on, they identify the roles they need to have in place when the company reaches defined growth milestones. And, before they ask for funding, they also plan how much money they’ll require and where it will be applied, giving them a solid blueprint for achieving targeted objectives.

3. Ask for the right amount of capital and leave enough time to raise it.

The second most common cause of startup failure is not having enough capital. Novice entrepreneurs tend to underestimate the amount of money they’ll need and the time it will take to raise it, while overestimating the worth of their business.

Since grown-up startups have gone through funding rounds before, they know it will take about 6-8 months to get the investment they require. This means they can align their equity and spend expectations accordingly so they won’t run out of funds. They can also better estimate how much money they’ll need to ask for to hit critical business targets going forward.

4. Have a big-picture view of what they need to win faster.

Many early stage tech companies are so focused on their technology, they forget to identify critical targets for success. Grown-up startups, however, know what needs to be true to become the category winner.

They know that while startups need to act with urgency, they also need a longer-term business plan that details how to get from point A to point B. And this visionary approach (at both the strategy and tactical execution levels) happens much more rapidly because they’ve done it before and know how to avoid pitfalls.

Many new founders don’t realize that mindshare is limited and forgoing marketing dollars to rise above the crowd, raise brand awareness and message the product correctly increases the chance of failure. Grown-up startups understand the value of marketing and know it is essential for becoming the brand leader.

They implement marketing programs from the get-go, even if it involves hiring only one person and allocating a small budget. They also place a high value on authoring thought leadership pieces, aligning with external influencers, speaking at industry events and obtaining external product validation through customer case studies and testimonials to generate recognition and credibility in the market.

A lot of early stage companies want customers so desperately that they go after them at any cost—even if they aren’t the right ones. Grown-up startups, on the other hand, rely on their experience and intuition to place better bets. They know a company with twenty-five customers in separate industries, all using the product in different applications, is far less valuable than a company that has twenty-five customers split into three markets, each using the product in a similar way.

That’s because they know the fastest way to gain a new customer is to showcase the value a similar customer is receiving. So, grown-ups define target customers upfront and then focus their efforts, rather than trying to meet disparate demands.