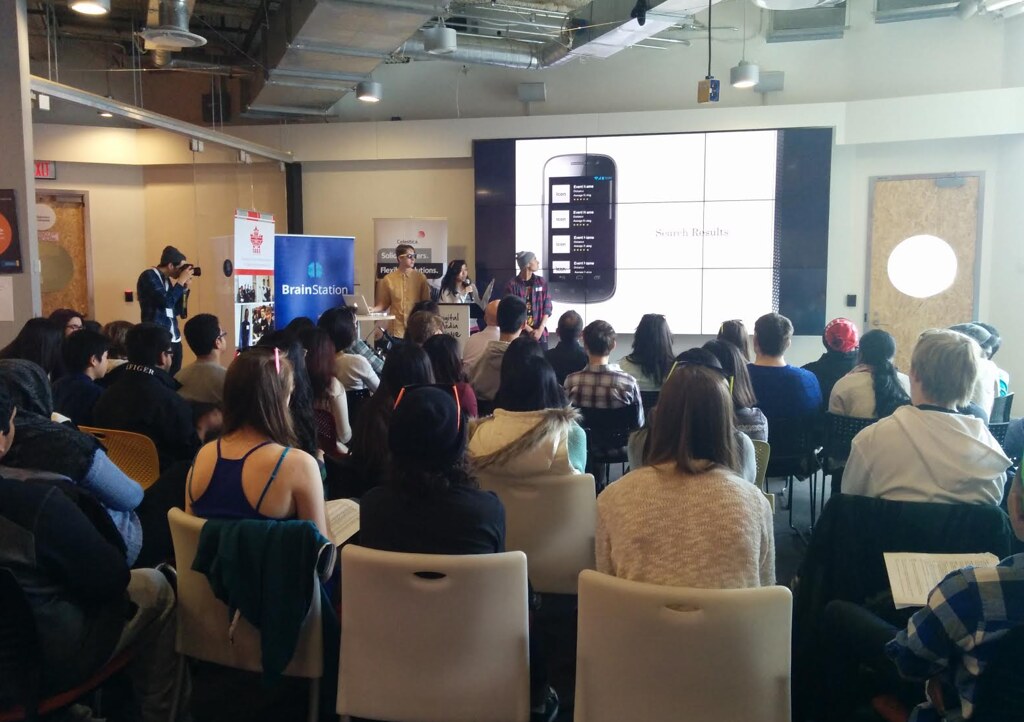 Early this year, Ryerson University announced that they would be opening the Brookfield Institute For Innovation and Entrepreneurship thanks to a $13 million donation from Jack Cockwell and the Brookfield Partners Foundation

The new innovation hub would provide help for entrepreneurs and contribute to the entrepreneurship ecosystem already in place at Ryerson through initiatives like the Digital Media Zone. Ryerson president Sheldon Levy told media outlets that he hoped “They’ll reach into high schools and create fellowships for creative young students – maybe as young as grade 8.”

Though the Institute hasn’t even officially opened up to the public yet, they’re already making that a reality. This weekend they launched their very first March Break Hacks, a two-day hackathon targeted to high school students that allows them to collaborate on projects and learn what it takes to be an entrepreneur.

“We’re just putting the pieces together and hoping to do a more public launch later this spring,” Sean Mullin, executive director of the Institute, says about their work.  “But we don’t want that to hold us back from doing other activities.”

About 60 students, coming from as far as Guelph and Waterloo, came to the hackathon on Friday with no ideas or team and were pre-sorted into different teams – a move that Parvinder Sachdeva, organizer and research and projects officer at the Institute, says was intentional to allow them to make friends. Each day also saw the students greeted by a keynote speaker familiar with entrepreneurship, who gave the students a pep talk. On day one, the focus was on entrepreneurship issues like how to identify a business opportunity and design a solution around it, how to identify their users and how to design their solutions around user experiences.

With help from mentors spanning from BrainStation Academy, Celestica and the Ryerson Digital Media Zone, the students also learned the importance of pitching and how to pitch properly. “The bigger goal here is that if you look at a goal and identify a gap in the market, then believe you can solve it if you’ve got the tools to solve it,” Sachdeva says.

It’s an issue that Brennan Wong, the keynote speaker for day two and himself a social entrepreneur, understands well. He’s co-founded two philanthropic initiatives and, two years ago, founded Pledges for Change, the largest youth-run federally registered non-profit of its kind in the country. He understands what it’s like to be a young person and not realize how much you are actually capable of creating.

“Young people don’t have the resources and in your community, people say we should be focusing on our studies and university before we have time to do things like this,” Wong says. “March Break Hacks gives a platform for young people to build these projects and get the support they need, and through this we can transform the notion that young people can’t do stuff now.”

By the end of Saturday afternoon, the teams got to pitch their ideas before judges who would decide which four teams would win at least $200. Those prizes went to Delish, an app that helps users find local restaurants that cater to their dietary needs; MedConnect, an app that helps doctors and patients easily book appointments; Grocery Go, an app that helps families find last minute discounts; and Seeed, a student collaboration platform that allows groups to easily manage their time and figure out how to execute their projects.

While the Institute won’t exclusively focus on high school students when it opens, Mullin says the goal is to get more people thinking about entrepreneurship.

“We want to raise the profile of entrepreneurship so more people will think of this as a career path,” Mullin says. “We believe we not only have a mandate to help startups in the Ryerson ecosystem, but by making it easier to create a startup in Ontario and across Canada, we’re playing a role in the economic growth of the country.”