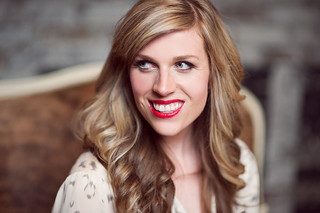 It may no longer seem novel for a startup launch a crowdfunding campaign. But Toronto entrepreneur Joanna Griffiths, founder of Knix Wear recently used the Indiegogo platform in an inventive way.

When she launched her first crowdfunding campaign in May 2013, she already had a fully developed product (which had gone through many iterations), packaging concept and had received feedback from family and friends.

Below are some of Griffith’s insights on how she used her knowledge of marketing and public relations to raise awareness for her brand, make crowdfunding history by pre-selling over $100,000 in high-tech knickers, attract new retail partners (including The Bay, LYCRA and Bare Essentials) and test her marketing message and proof of concept via two Indiegogo campaigns.

Now an Indiegogo campaign expert, Griffiths says “it helps to promote your product at the right time. A lot of people use Indiegogo and Kickstarter to raise funds before they create the product. But we waited until much later.”

“Our first campaign was the ultimate test for our product,” says Griffiths. “We used the platform as an opportunity to test our brand messaging and get feedback from the general public and target market.”

Once Knix Wear surpassed its target crowdfunding goal of $40,000 (they pre-sold $60,000 in high tech knickers), Griffiths and her team saw a unique opportunity to pitch to prospective retail partners.

“Around the third week of the campaign, we seeded the concept to the Hudson’s Bay Company to be our first launch partner. The idea came out of recognition that we were working so hard to sell one unit per customer on our website. We wondered how we could sell 1000 items to just one buyer. Thankfully, The Bay saw the potential in being the first to do transactions with us that way and placed an 18-store pre-order with our crowdfunding campaign,” she says.

“You can’t get much media coverage these days by just putting your product up on a crowdfunding website,” advises Griffiths. “Yes, you’ll get some organic traffic from the platform but external promotion is really up to you.”

The strategy for the launch of the first Knix Wear crowdfunding campaign was to piggyback on the Mother’s Day news cycle. Griffith’s pitched a feature story to Toronto Star which outlined how Knix Wear is a product inspired by moms for moms. Her strategy certainly paid off.

By targeting women-focused media, rather than just tech blogs, Griffiths was able to raise global awareness for Knix Wear. And after news broke about the Knix Wear partnership with The Bay, the brand team for LYCRA® contacted the Toronto startup about partnering on a new women’s athletic line.

“A lot of startups just target tech news sites and that’s a mistake,” says Griffiths.  “Plus, crowdfunding is no longer that innovative. So, it’s better to target niche media outlets that are specific to your customers or your industry/trade. Yes, you want mass awareness but that’s not going to drive sales.”

For the second Knix Wear Indiegogo campaign, Griffiths’ team pitched a feature story in Women’s Wear Daily about the Hudson’s Bay Company pre-buy. As a result, the CEO of Bare Necessities, Noah Wrubel contacted Griffiths the day the story ran to discuss a partnership on launching an athletic line together.

Be prepared to work around the clock

“Just because you build it, doesn’t mean they will come,” warns Griffiths. “Crowdfunding campaigns require a lot of work for the duration of the campaign. Plus, you need to put in an equal amount of effort to prepare for the campaign launch. We worked around the clock until the end of both campaigns.”

Griffiths advises that startups set their crowdfunding targets lower. “Ask for the bare minimum for what you need,” she says. “That way, you’ll attract a small community of interested investors. And once word gets out that you’ve hit your goals quickly, more people will want to invest in your business.”

Likewise, once you gain traction with those investors, Griffiths says it’s the perfect time to start reaching out to potential partners – like the retailers and global brands in the case of Knix Wear.

Do you have tips for startups on running successful crowdfunding campaigns? Please share in the comments section below.