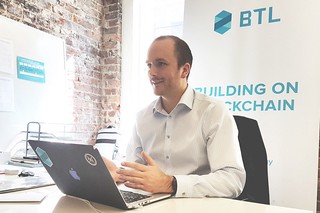 With the recent outbreak of the Panama Papersearlier this month, security and transparency on wealth management have prompted a global discussion on the future of financial technology.

The progression towards utilizing digital platforms for financial transactions and global trust funds brings with the potential risk of the invasion of privacy, theft, and public scrutiny — however, digital platforms backed by blockchain technology has sparked the interest of organizations looking to mitigate these potential risks involving remittances and settlement.

While blockchain is most commonly known as the backbone technology behind Bitcoin and cryptocurrency, it has the vast potential for improving the transactional efficiency for gambling, auditing, events and ticketing, as well as luxury goods — and not just for monetary transactions.

With the potential for blockchain technology to be utilized in a myriad of industries, Victory Square-backed Blockchain Technology, the first publically-listed blockchain company under the Toronto Stock Exchange (TSXV:BTL). With offices in London, UK and Vancouver, BC, BTL has offered blockchain solutions through their back-end remittance platform Interbit, and their recent acquisition of Xapcash Technologies, utilizing Xapcash’s front-end remittance product.

We sat down with Guy Halford-Thompson, CEO of BTL to get his insights behind how blockchain technology can truly revolutionize how people make global transactions.

Q: How would you describe blockchain technology?

A: In its simplest terms, blockchain is a distributed ledger of immutable information. It’s a system which allows us to add information to a database in effect. Once such information has been added, it can never be changed or removed. We know to a very high degree of confidence who added that information, when they added it, and where that information is going.

Q: What other ways can blockchain technology be used for?

A: Blockchain could also be transferring a contract, storing information, keeping a very secure audit log of who’s accessing your medical records, or issuing concert tickets on the blockchain.

When we created BTL, the first idea we had was around remittances or money transfer. Even today, if you want to send money through traditional financial institutions, it would cost you anything from about 7% to in some case, 15% to 18% to send that money. It’s very expensive, and it can take a long time for that money to arrive. Interbit was the first platform we worked on, and it connects various partners and companies in the blockchain space to reduce these transactional costs.

When we launched Interbit at the BC Tech Summit in Vancouver, we picked a few charities to send money to, because not everyone knows someone in the Philippines or Mexico who could receive the funds. This allowed people to come up to the stand and send $5 for free. This was to exemplify that it would be $5 for rates of around 1% versus where the ability to send $5 from Canada to Mexico to the Philippines had never been done before. Even if you were to transfer a few thousand dollars, it will be a fraction of the rate of what you’d pay on the high street when you use blockchain technology to facilitate the transfer.

Q: How has operating in both London and Vancouver benefitted the growth of BTL?

Q: What are you most excited about for BTL this year?