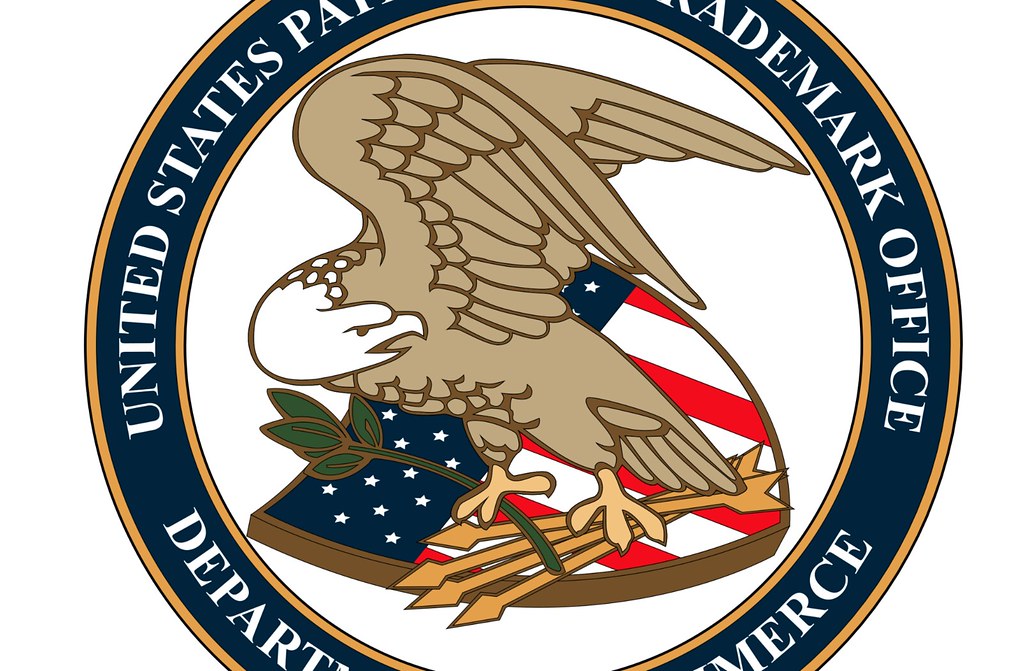 Thinking about filing a U.S. patent application for your innovative product or service?

Disheartened by anecdotal evidence that the patent application process is painfully slow?

If so, take heart: you may be able to accelerate the process by participating in one of a number of U.S. Patent and Trademark Office (USPTO) programs designed to reduce U.S. patent application pendency times. The eligibility requirements vary between programs, as do the costs. However, the benefits can be dramatic: in some cases, the typical pendency of over three years can be reduced to less than one year.

The table below provides a brief overview of five separate programs for expedited examination of U.S. patent applications. Click to view a larger version. 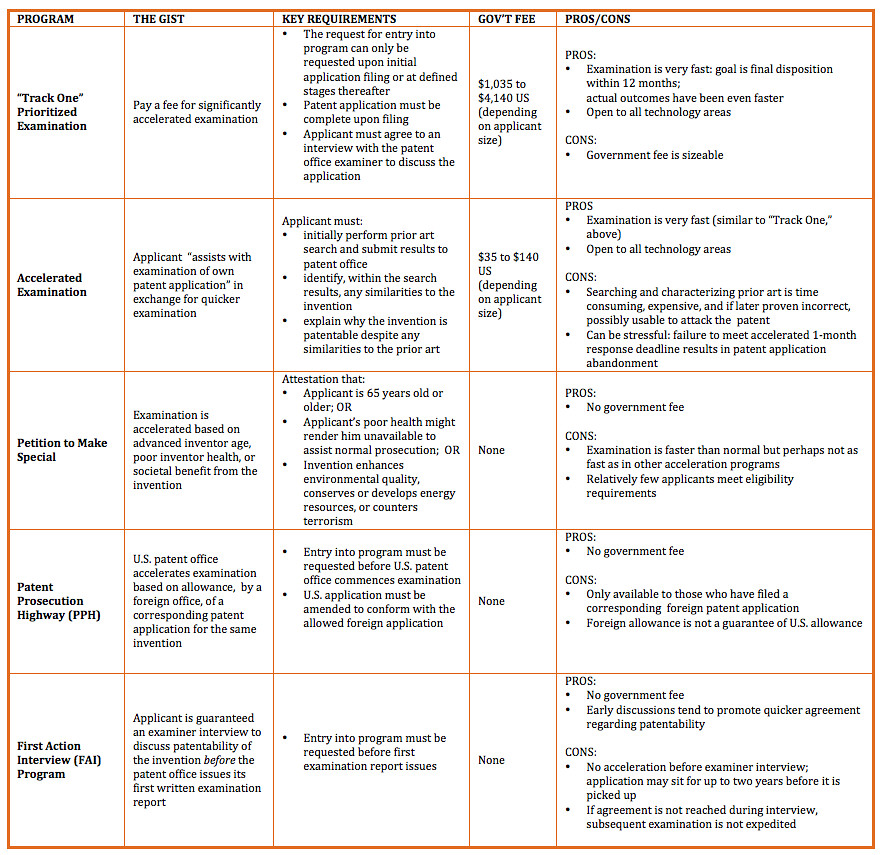 (NOTE: the above information should not be treated as exhaustive. Certain program requirements and restrictions, such as limits on the number of claims permitted in a single patent application for program eligibility, have been omitted for the sake of brevity.)

Of the five programs summarized above, the “Track One” Prioritized Examination program is perhaps the most interesting. In essence, by paying a fee, an applicant can achieve a significant acceleration in the patent application process. How significant? Very: USPTO statistics from February 2015 show that, on average, the duration between program entry and allowance is a scant 6.4 months (note: total pendency may be slightly longer in view of the time required to approve the initial request for entry into the program). Compare that against the average total pendency for non-expedited U.S. patent applications of 37.1 months.

Of the other programs summarized above, the Petition to Make Special, Patent Prosecution Highway, and First Action Interview programs may be attractive by virtue of the absence of any associated government fee. In general, applicants are encouraged to consider each program separately in relation to their own specific circumstances and objectives. A patent agent or patent lawyer registered to practice before the USPTO can assist with such an analysis.

So if the idea of being stuck in the patent application slow lane bothers you—consider changing lanes.